Panthea and Ben’s Engagement Session at the Santa Monica Pier

These UC Santa Barbara sweethearts have a pretty stinkin’ cute proposal story, and an equally sweet beach engagement session to go along with it. 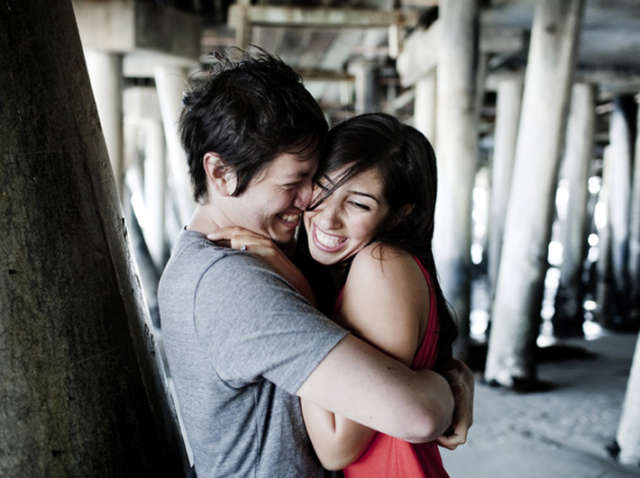 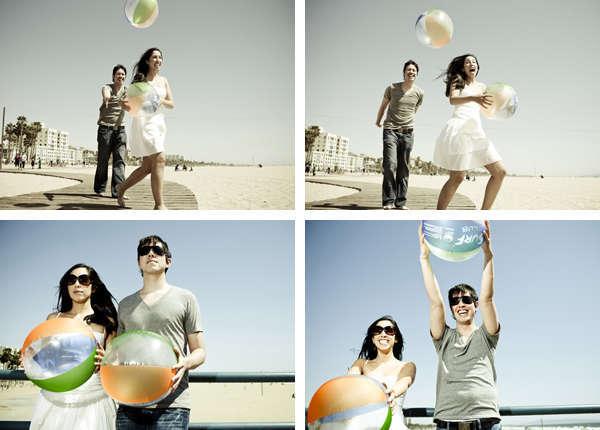 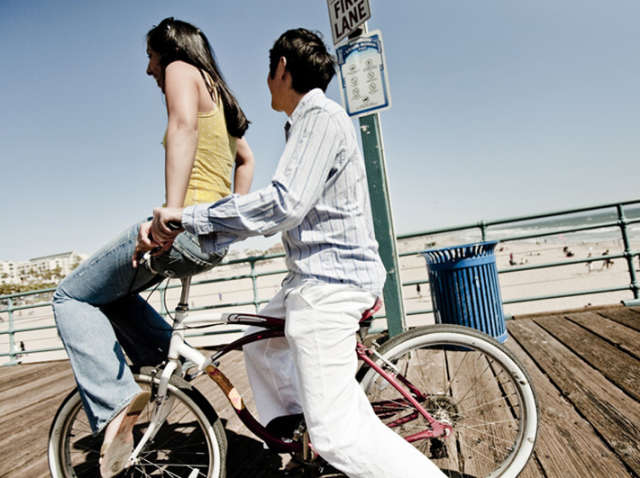 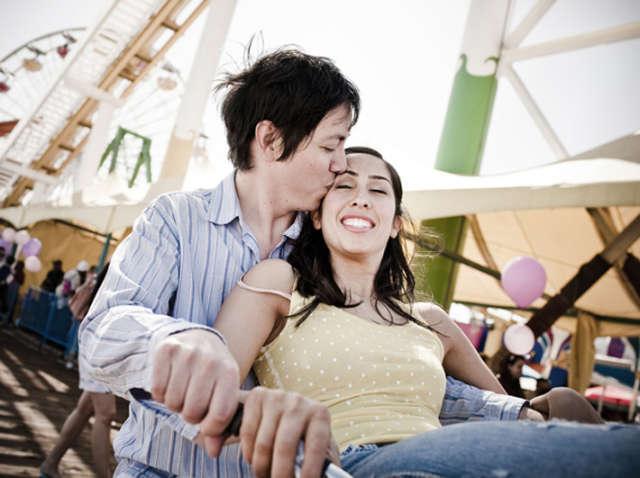 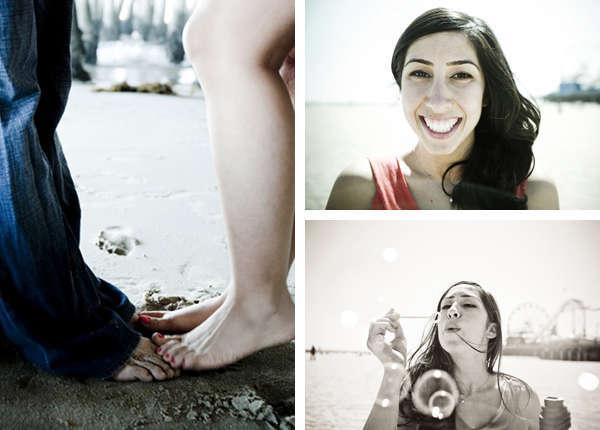 How did you meet?
Panthea and Ben are UC Santa Barbara sweethearts. They met on January 11, 2002 through Ben’s dormmates. Though Ben pined for Panthea’s affections, often not so secretly, his love would remain unrequited for two years. During that time, Panthea and Ben’s friendship grew. From enjoying time together on Santa Barbara’s beaches to Panthea riding on Ben’s bicycle handle bars home from class, to the pair taking wildly spontaneous road trips, it was inevitable that their friendship would blossom into love. And that it did, five months before graduation.

Did you know when you met, that s/he was ‘the ONE?’
Neither of them knew at the age of 20, they had met the person that they would spend the rest of their lives with. Ben hardly knew himself let alone what true love for another was and Panthea knew that she enjoyed Ben’s companionship above and beyond anyone else’s but never could have imagined what their futures would hold. But as the friendship grew and the path of love was clear for their taking.

Tell us about your Fiance(e).
From Panthea’s POV: Ben is one of the most loving people I know. He is so much fun to be around and I never feel like there are enough hours in a day to spend together. I love our life together, just the little things like cooking, doing errands, and hanging out. I also love to travel and want to see the world with him and I can’t wait to start our family!

From Ben’s POV: Panthea is my favorite person in the world. She is more beautiful today than when our eyes first met, her age only hinted by the profound wisdom she has acquired, her deep almond eyes reflecting youthful years of curiosity fulfilled. But more desirable, Panthea is an emotional tether that keeps my feet planted, permits my head to soar in the clouds, and my heart sated with boundless love that only the luckiest man in the world obtains.

Share with us the ‘proposal story!’
On December 12, 2008, after a stressful workday, Ben picked up Panthea for what was just supposed to be a normal ‘date night,’ or so she thought. After driving for an hour to an undisclosed destination in La Crescenta, California, Ben pulled over at the Puppy Playhouse. Panthea was confused about where they were and was blissfully unaware of what was about to happen. Ben told her that he had found a place for her where she could play with a room full of puppies. Panthea was very excited about this, as she has a huge love for dogs. After about an hour of playing with a group of very cute puppies, the owner Denise, brought out a Puggle puppy. Panthea and Ben have always dreamt of owning one and this particular Puggle was the most adorable one they had ever seen before. They casually named the puppy Stinky.

Ben knew that the moment had arrived. The one moment he had been planning for for months – the proposal. Panthea went on playing with Stinky, oblivious to what Ben was doing…until she heard him launch into a monologue. She finally realized that he was proposing, put down Stinky and turned around to see Ben on one knee. Panthea was completely surprised, which is a hard thing to do!! Of course Panthea said yes!

Although it was already late and Ben had made a reservation at Geoffrey’s in Malibu, Panthea insisted on driving to see her three best friends, Whitney, Melanie and Jessica, to tell them the good news. After driving all over Los Angeles, they finally arrived at Geoffrey’s where they celebrated their new engagement by the beach…setting the stage for their upcoming beach themed wedding at the Bacara Resort in Santa Barbara.

When is the wedding?
September 2009 at the Bacara Resort in Santa Barbara, CA.

Which one is your favorite engagement session photo, and why?
The photo of us under the pier is our favorite. It is such a great candid photo of the two of us having a great time together which really highlights how close we have become.

Tell us something about your photographers, Viera Photographics.
When we first met with Jamie and Dennis, we instantly felt a connection. We launched right into a playful banter and had a great time during our visit! The engagement session really made us feel confident that we made the right choice of photographers for our wedding.