How we met: We met in Washington, DC during Orientation Week before we started law school at Georgetown. It was during a thunderstorm (no, seriously). We were at Target, having ridden the dorm’s shopping shuttle out there, and then we started talking on the ride back. 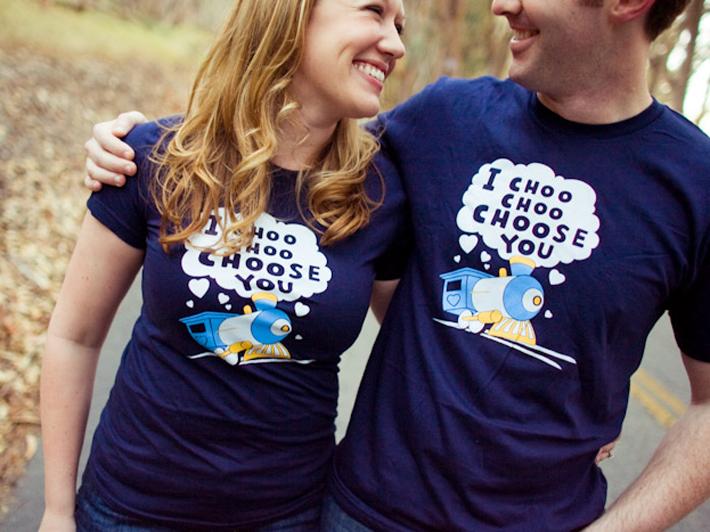 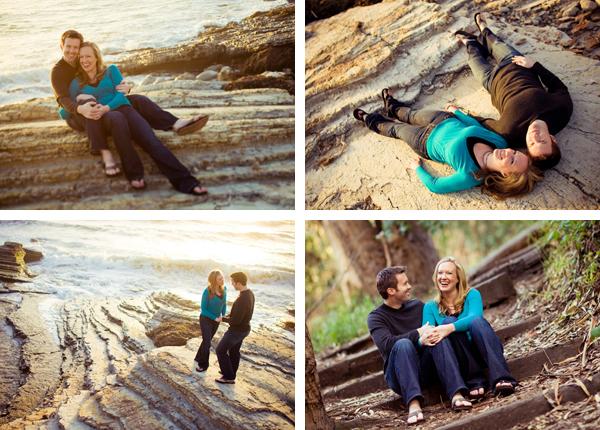 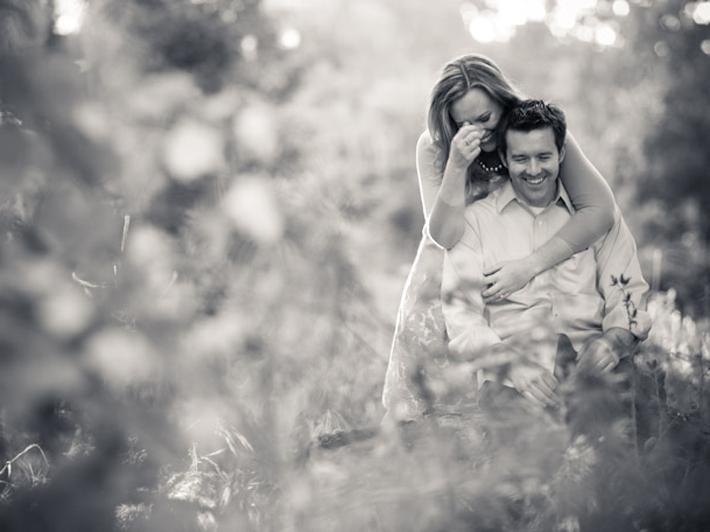 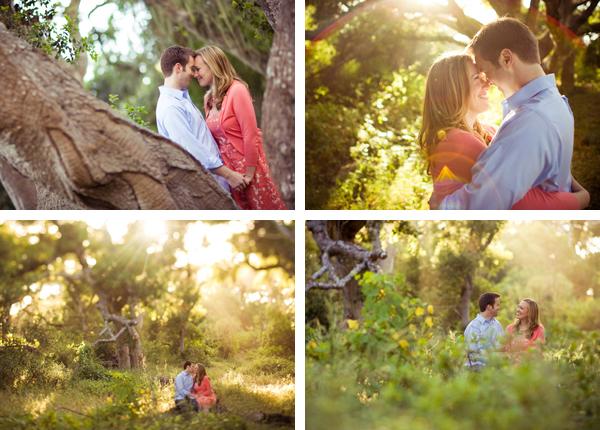 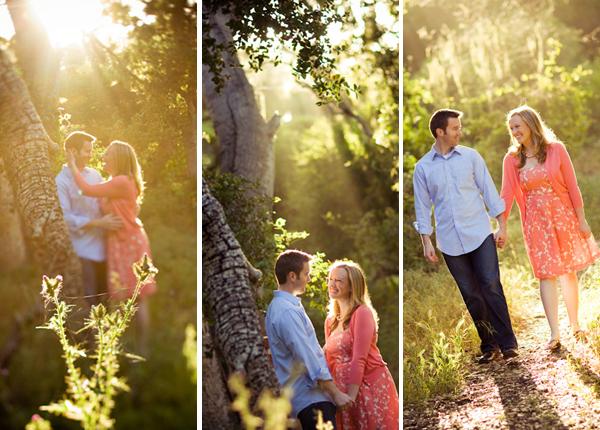 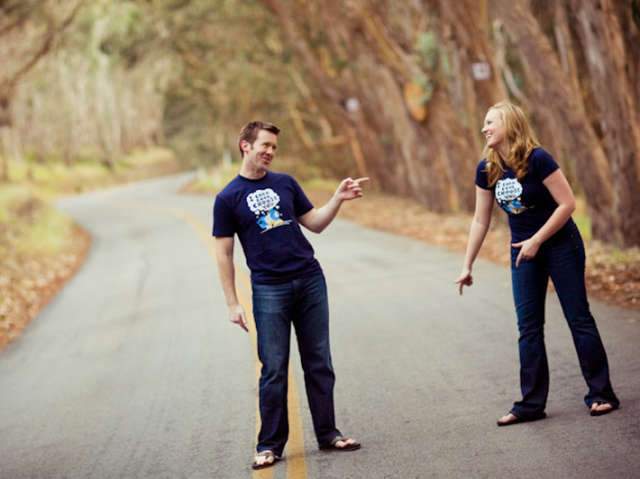 How did you meet?
How we met:
We met in Washington, DC during Orientation Week before we started law school at Georgetown. It was during a thunderstorm (no, seriously). We were at Target, having ridden the dorm’s shopping shuttle out there, and then we started talking on the ride back. Christa was sitting in the front row of the bus, and Paul (gentleman that he is) was standing in front of her. Christa overhead Paul chatting with someone about the Bay Area, and her California-centric ears perked up (GO BEARS!). She had already noticed the cute boy in the baseball cap, and this was all the excuse she needed to say hello. We both knew we would be fast friends.

How we eventually started dating:
After graduating from Georgetown Law in May 2006, we maintained our friendship from opposite coasts. Christa had returned to her beloved Bay Area to practice intellectual property transactional law, and Paul had moved to New York City to work as a management consultant. Several months later, we found ourselves single at the same time and wondered whether our deep friendship could flourish into something more. Despite the distance, Christa’s insanely busy fall as a first-year attorney, and Paul’s crazy travel schedule (4 days a week in Dallas, anyone?), we managed to find time during the occasional weekend to start our romance – even if under less than ideal conditions.

How we ended up together (for realsies):
While long-distance relationships are cool and all, they really aren’t nearly as cool as actually seeing each other on a regular basis. After 9 months as a consultant, Paul’s travel schedule was still crazy (now 4 days a week in Seattle), although he had managed to transfer out to his company’s San Francisco office, which made…well, very little difference in how much we got to see each other (doh!). For a variety of reasons, Paul decided to quit his consulting job to return to the law – and living full-time in the Bay Area. Starting in April of 2008, we moved to Redwood City – halfway between our respective law firm offices. Now we get to see each other EVERY DAY (joy).

Did you know when you met, that s/he was ‘the ONE?’
We both knew when we met that we were destined to be special people in each other’s lives. We felt an instant, tangible connection, and the moment is etched in our memories forever.

Tell us about your fiance.
Christa grew up in Santa Maria, California, on the central coast. Santa Maria is famous for being the setting for the movie ‘Sideways,’ and also infamous for being home to the second Michael Jackson trial. However, it was also a gorgeous place to grow up, equidistant from vineyards and ocean. After graduating high school, Christa attended college at UC Berkeley, which involved a lot of culture shock for this small-town girl. Before long, she fell in love with the vibrant intellectual environment and the Bay Area’s sprawling scenic vistas. She graduated with a degree in English literature, and decided to attend Georgetown University Law Center, where, as you’ve read, she met Paul. After a wonderful three years on the East Coast, she ultimately decided to move back to her beloved Bay Area. Christa currently works in Mountain View, CA as an attorney in the technology transactions group at her intellectual property law firm.

Paul was raised in Sacramento, California, where he developed his interests in jazz piano and trombone. Throughout high school, Paul competed with his high school jazz band and played in small jazz groups around Sacramento. After graduating high school, Paul moved to New Jersey to attend Princeton University for college. Paul engaged his love of research and writing in the Religion department, and majored in 20th Century Religion, Ethics, and Politics. During his time at Princeton, Paul continued to pursue his music, minoring in jazz piano performance and composition and playing around campus with a jazz quintet. After college he moved back to San Francisco, where he worked for a non-profit healthcare research organization, but after two years, Paul decided that law school might be fun (well, actually, necessary), and so he returned to the East Coast to Georgetown Law, where he met Christa. Paul intended to head back to the Bay Area as soon as possible, but it took a little longer than he expected – Paul spent about 18 months after law school working as a management consultant in just about every region except the Bay Area, and in April 2008, finally succeeded in returning to his roots in Redwood City. Paul works as a regulatory attorney at a healthcare law firm in San Francisco.

Share with us the ‘proposal story!’
Christa had long dreamed of paying homage to the culinary mecca known as The French Laundry, a world-renowned restaurant (rather, experience) located in Yountville, CA – the heart of Napa Valley. Paul had been trying for months to get a reservation, but The French Laundry is notoriously impossible to get into. His efforts finally paid off, so we decided to make a weekend of the event, after a busy summer filled with friends’ weddings and other engagements.

The week before the big weekend getaway, whenever Christa told a friend at work about the trip and the planned dinner at The French Laundry, the person would inevitably exclaim, ‘Ohmygodhe’stotallygoingtopropose!’ Christa always dismissed the prophecy, protesting that Paul was not so cliché as to propose at the French Laundry. She’d always imagined that he would probably propose at Lake Tahoe, because of all of the special times they had had there.

Dinner was set for the evening of Friday, September 5, so we took a half-day from work and made the leisurely fall drive to Napa. We checked in to the Napa Valley Lodge, a stone’s throw from the French Laundry, and Christa’s big plan was to take a nap before dinner as it was a broiling 103 degrees outside. To her surprise, Paul announced that it would be nice to take a walk around the lodge. Christa eyed him skeptically – Paul sweats A LOT when it’s really hot outside. Unclear as to what prompted his masochism, she reluctantly agreed to take a short stroll around the grounds. Adjacent to the lodge, a small vineyard beckoned, where the vines hung with grapes ready for harvest. We stopped strolling in the middle of the vineyard, and when Christa’s back was turned to admire the view of the gently rolling hills, Paul drew the ring he’d been carefully hiding out of his pocket. When Christa turned around to face him again, she was floored! Paul asked her to marry him, and the happy couple drifted off on a cloud to The French Laundry, where we had the most amazing meal of our lives. And Christa later gloated to her work colleagues that she was right; Paul didn’t succumb to the cliché.

Describe your ring.
Christa’s ring is a stunning, cushion-cut solitaire diamond in a cathedral setting, mounted on a platinum band inlaid with bead-set diamonds. It is modeled after the Tiffany Novo ring.

Which one is your favorite engagement session photo, and why?
We love that Cameron perfectly captured moments that really reflect the tenderness and quiet joy that we feel towards each other and that we hope to project in our marriage and sustain for years to come.

Tell us something about your photographer, Cameron Ingalls.
Where to begin? Cameron’s unsurpassed sense of light saturation, color, and perspective enable him to capture natural, candid moments that simply glow. The images he creates evoke a powerful response that fills the viewer with warmth and kinship for the emotions the couple exhibits in the images.

Cameron truly has a gift for making people ‘fall in love with a moment.’ Cameron is so personable and warm, that within minutes of meeting him, you feel as if you’ve been lifelong friends. His ability to connect with his clients empowers them to quickly become comfortable in front of the camera, and to let their love for each other flourish before his lens.