As the hostess, you determine the guest list. It is generally wise to ask the bride for a list of those she would like invited, but also make sure to give her a number of how many people you can invite.  Everyone is invited to the bridal shower should be invited to the wedding, unless it is an office party or a shower that is held out of town by one of the in-laws.

Stick to a budget.

A bridal shower’s budget can get out of hand really fast. It’s like planning a mini-wedding. If you have a smaller budget holding it mid-afternoon so that you can just serve tea and cake is probably the best bet to save money. Pinterest has some terrific ideas from bridal shower decor, and you can also find some here. Just make sure to not go overboard. Your friend already loves you for taking the time and effort to throw this party, she doesn’t want you to go into debt hosting it!

Keep the bride’s personality in mind.

Shower games are a strange staple at events these days. No one really wants to play them, but it seems they are expected. If your friend is an introvert, make sure to avoid embarrassing her by finding games that suit her.  One way to get the pressure off is to play ‘team’ games such as trivia questions about the couple.

Set up the space strategically.

Especially if you have a small space, but a lot of guests, setting up the party is a really important step to its success.  Make sure not to set up all of the usual gathering spaces too close together. For example, spread out the beverages from the food, and the gift table from the door. As you know, people usually gather in groups of 2-3, and it’s best to not make people feel too crowded in any one place.

Write down each gift and who it is from.

The bride will thank you a million time over for this.  You think that you will remember who bought what, but after those mimosas, you can’t quite recall who exactly gifted the vegan cookbook. A handy-dandy list keeps everything nicely recorded for when the bride writes her thank you notes later.  In fact, if you want to go the extra mile, purchase thank you cards for the bride that match the bridal shower invites, and even pre-address them for her. 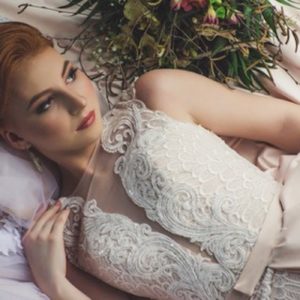 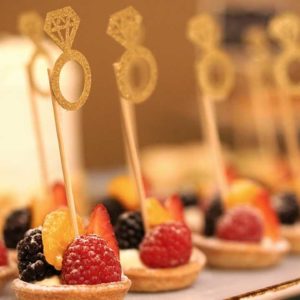