As both an urban and coastal region, this location offers plenty of blissful beauty for your big day.

The capital and largest city in Northern Ireland, couples from around the world are quickly discovering that a Belfast destination wedding is laden with more than a few lucky charms. With many direct flights from the U.S., this gorgeous stretch of land and sea is easily accessible, easily navigable, and easy to fall in love with.

With the River Lagan carving itself throughout the city while dozens of basaltic hills surround the skyline, Belfast’s beauty is thought to have inspired Gulliver’s Travels. If you love folklore and fantasy, Belfast’s foundation is built upon a coquettish climax of culture, art, and mythical beauty.

Because Belfast is both an urban and a coastal region, it has mild weather year round despite its high latitude. However, pick summer for your best bet. Keep in mind the prices are higher for hotels during those months, but all of the attractions are open and the weather is wonderful for sightseeing and pub crawling.

While the coastal region rarely creeps out of the upper sixties in the summer, the further inland you go for your destination wedding locale the better your chances will be of snagging a perfect 70 degree day.

However, all of Ireland is known for its patchy rain and thick fog, so plan for a little mist and mood no matter what season you decide to get married in. Also, consider a summer wedding in Northern Ireland where the days are blissfully long – on some Indian summer evenings the sun won’t set until 11pm – perfect for photo opportunities well into the night.

Wedding Venues: The Traditional and Elegant

If tradition is on the menu, then the Belfast Castle is as romantic as it comes. Always the most popular choice for local weddings, it has a manicured garden, a majestic floor plan, and many different reception rooms to appeal to smaller and larger wedding parties. With beautiful views perfect for that first kiss, Belfast Castle is one of the major reasons couples head overseas to tie the knot.

If you are looking for elegant but want to leave the castle weddings to the royal family and Cinderella, the Malone Lodge is one of the most sought after reception sites in the entire city. A Victorian-inspired townhouse hotel, the elaborate decor and great Malone location make it as urban as it is uniquely divine. One of the few venues that offer an on-site ceremony site in their Bowness Suite, couples can have the wedding and reception here. Novel, I dare say.

You do not have to be a resident of Northern Ireland to marry here, but you do need to be over 18 and able to produce death or divorce certificates if applicable.

– Completed the required forms found on their website during the 12 month period before your wedding date, but no later than 14 days before your ceremony.

For instance, to get married in Belfast City Hall it will cost you roughly $266 on a weekday (£173), but would cost $419 (£273) in the venue of your choice on a Saturday. If money is no object, then it is worth the extra money to have the entire event take place in one location. 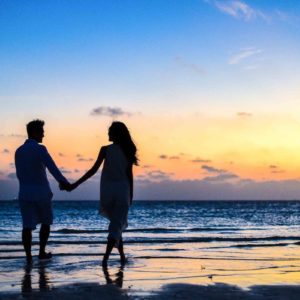