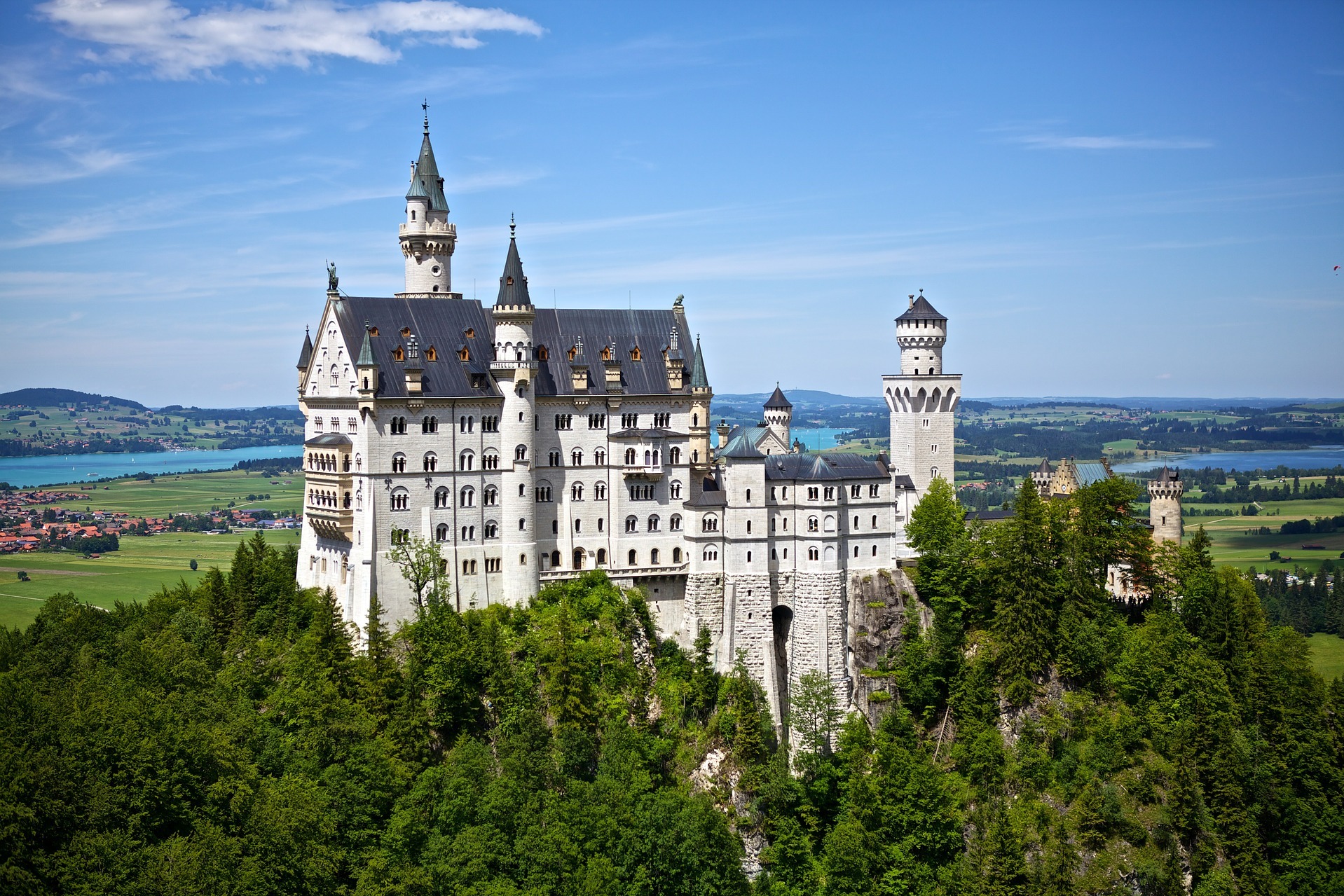 You’ve found the person with whom you want to spend the rest of your life–and the perfect travel buddy! If both of you are drawn to documentaries and biographies, you should consider adding in a historical element to your honeymoon. These 10 honeymoon destinations will allow you to immerse yourselves in some of the events and locations that helped shape our past. 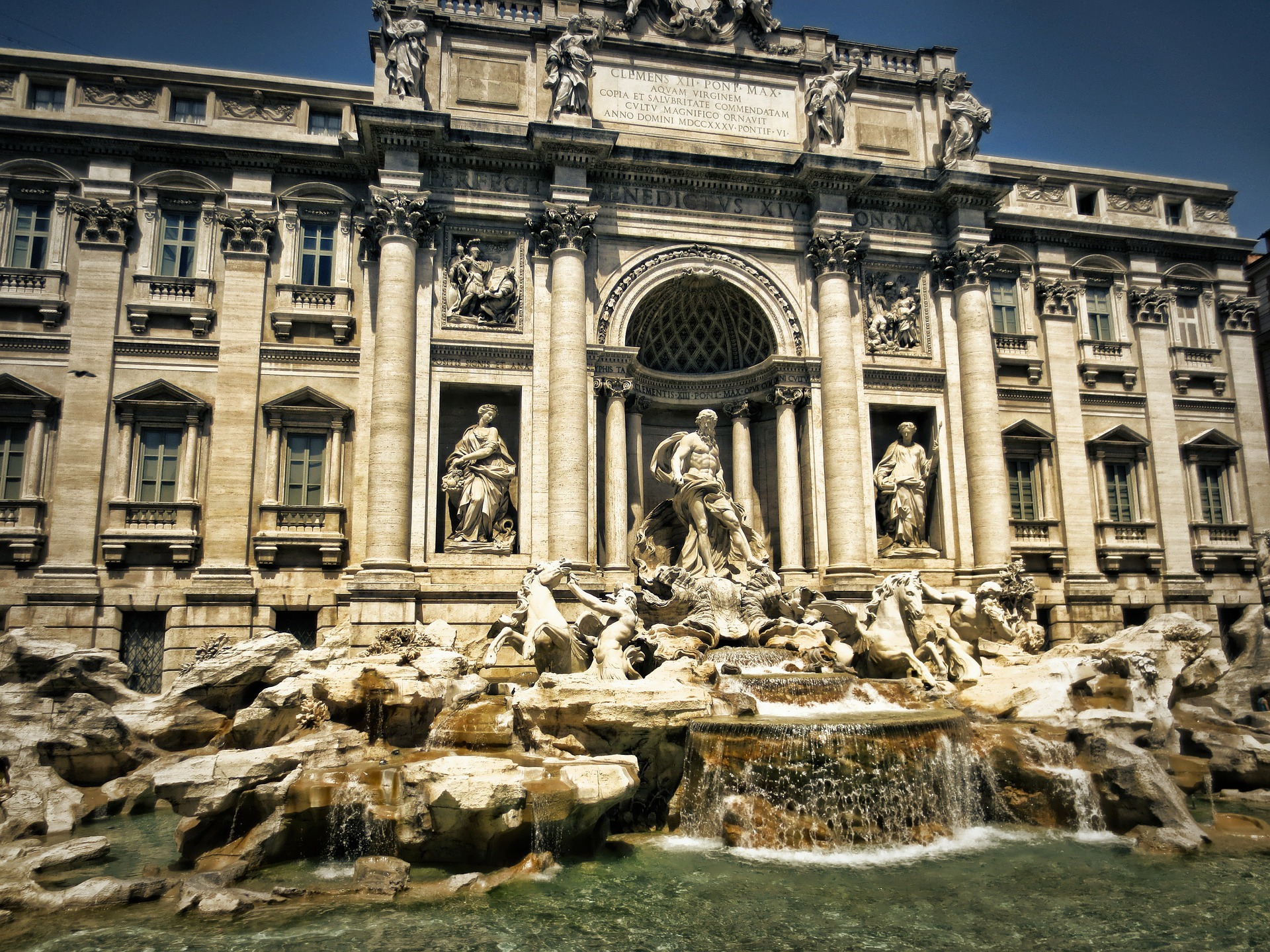 Get plenty of bang for your historical buck with a visit to Rome. Here, you’ll be able to cover over two millenia of history stretching from the ancient Roman Empire to the Renaissance. Take a tour of the Colosseum, which was built in 72 AD and served as an entertainment complex for the Roman emperors and residents (it later served as multi-family housing, workshops, and a fortress). Marvel at the immense Pantheon, which has the world’s largest unsupported concrete dome. Sit on the Spanish Steps or visit the nearby Keats-Shelley House to learn more about the famous British authors who lived here. Don’t forget to throw a coin into the Trevi fountain while facing backwards to ensure you’ll return to this incredible city! 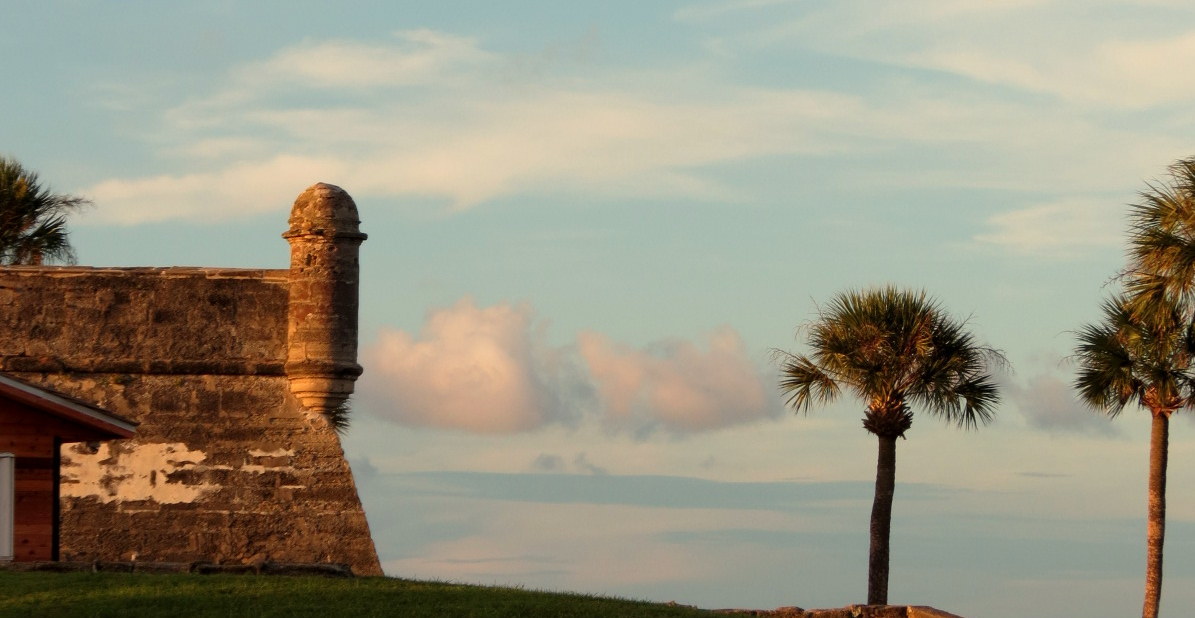 While a much smaller city than many of the other honeymoon destinations on this list, St. Augustine, Florida, still manages to incorporate a deep sense of history into its offerings. It is the site of the first European settlement in the United States, predating even Jamestown by more than 50 years. Wander the impressive Castillo de San Marcos to learn more about the city’s Spanish roots, then head over to the pedestrians-only St. George Street to see how the city evolved during the English colonial era. Although it is now an institute of higher learning, Flagler College started as a high-end hotel built for Henry Flagler, a railroad and oil magnate. More recently, the city’s residents provided the catalyst for the passage of the Civil Rights Act of 1964. 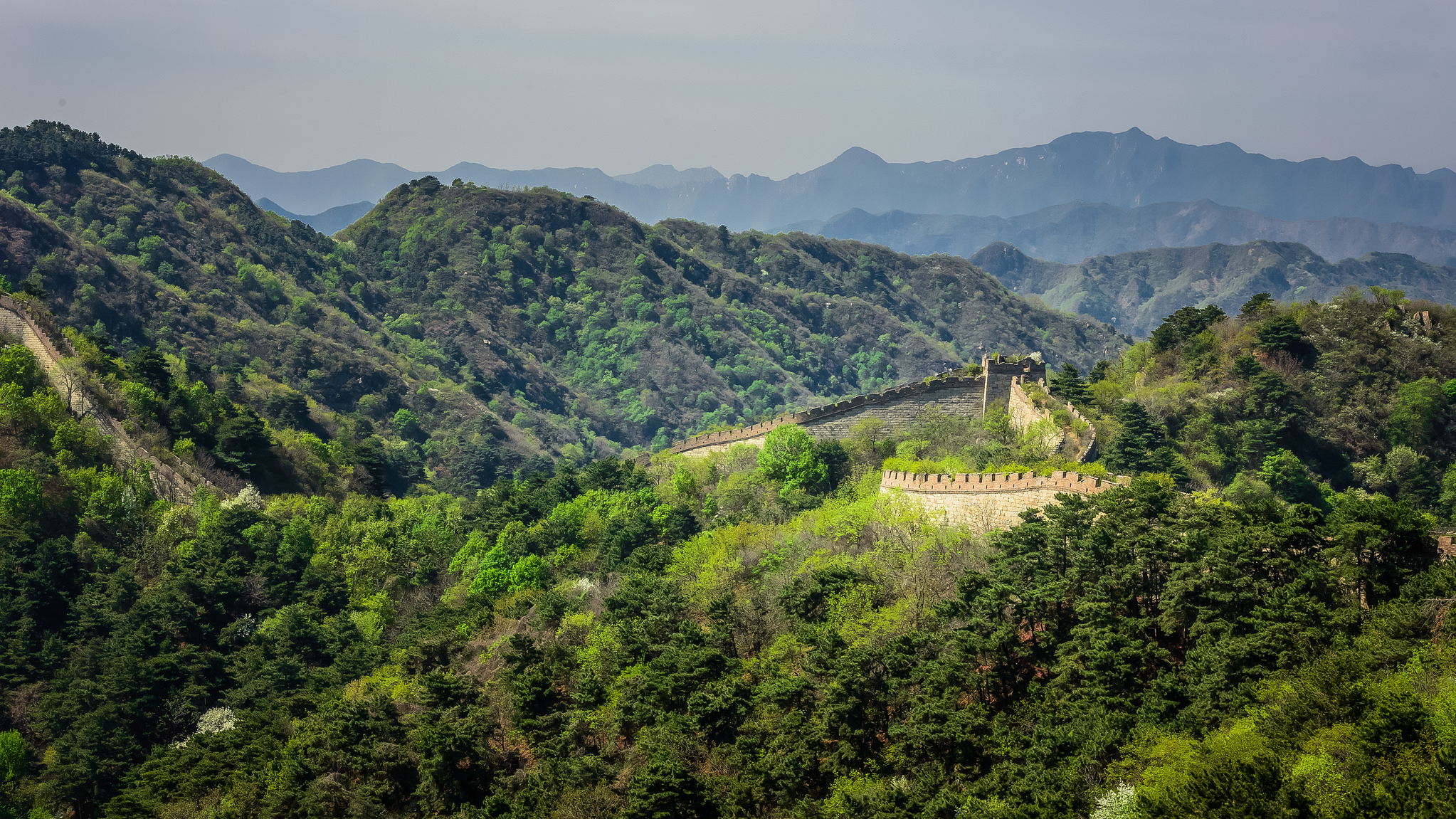 Immerse yourselves in the history of Chinese royalty when you visit Beijing. The 276-year Ming dynasty produced much of the awe-inspiring Great Wall of China, parts of which you can easily visit while in Beijing. You should also make time to explore the vast Forbidden City, which housed the emperors, their families, and their households from the Ming dynasty through the Qing dynasty. The Temple of Heaven is well worth a visit for a glimpse at how those two dynasties worshiped, while the massive Tianamen Square holds significance for its size and past political events. 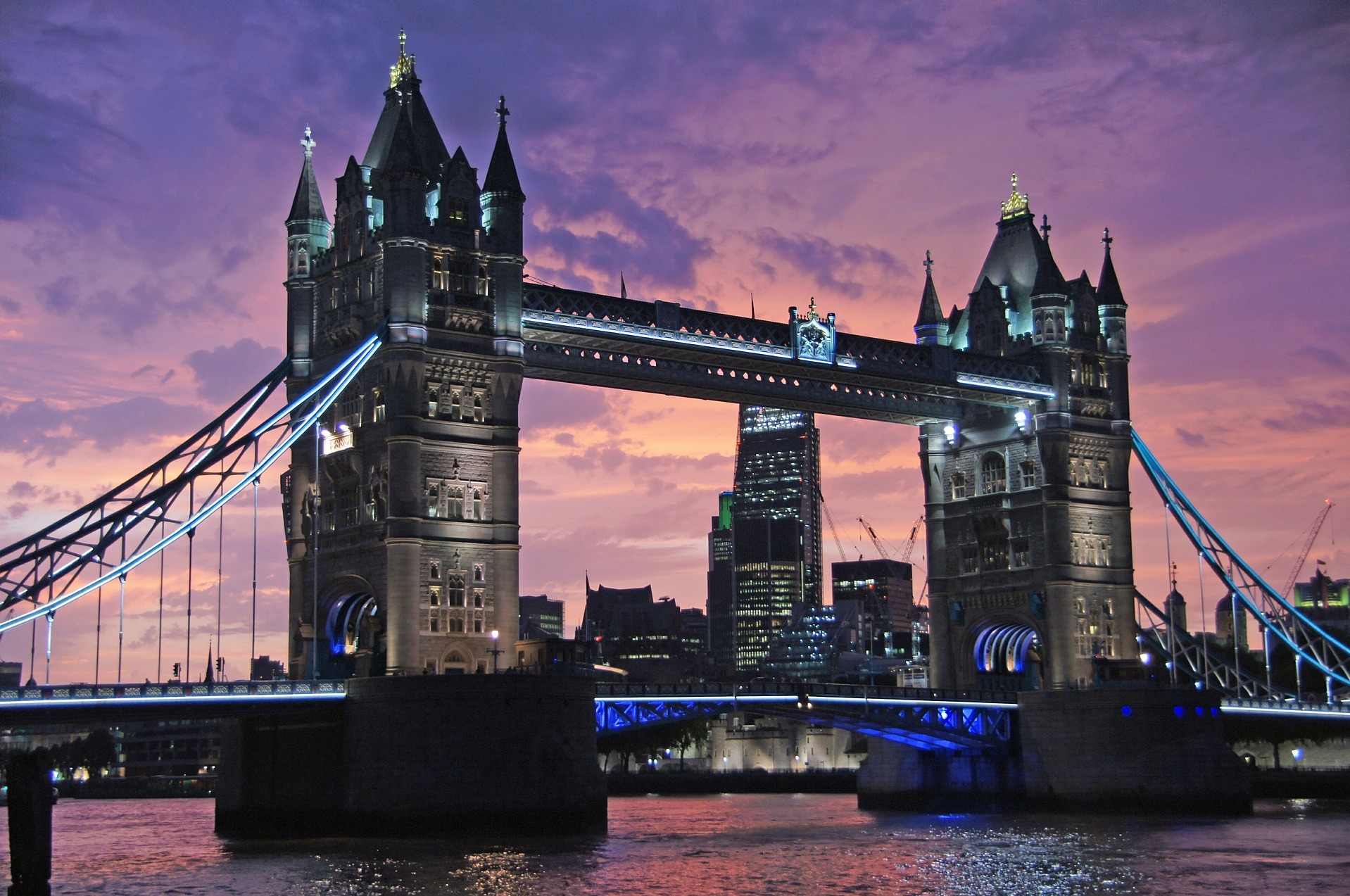 Walk through more than 2,000 years of history in England’s capital city. Here, you can see how the city evolved from an Ancient Roman outpost to the thriving city that London is today. Allot a full afternoon to explore the rich history on display at the British Museum, then head over to St. Paul’s Cathedral, where you can see the damage done by the German Luftwaffe during The Blitz in World War II. Literature lovers should add in a stop to The Globe, a reconstructed Elizabethan-era theatre on the south banks of the Thames. Just outside of London are two other must-see historical sites: Windsor Castle, built by William the Conqueror, and Stonehenge, an Iron Age site of religious importance. 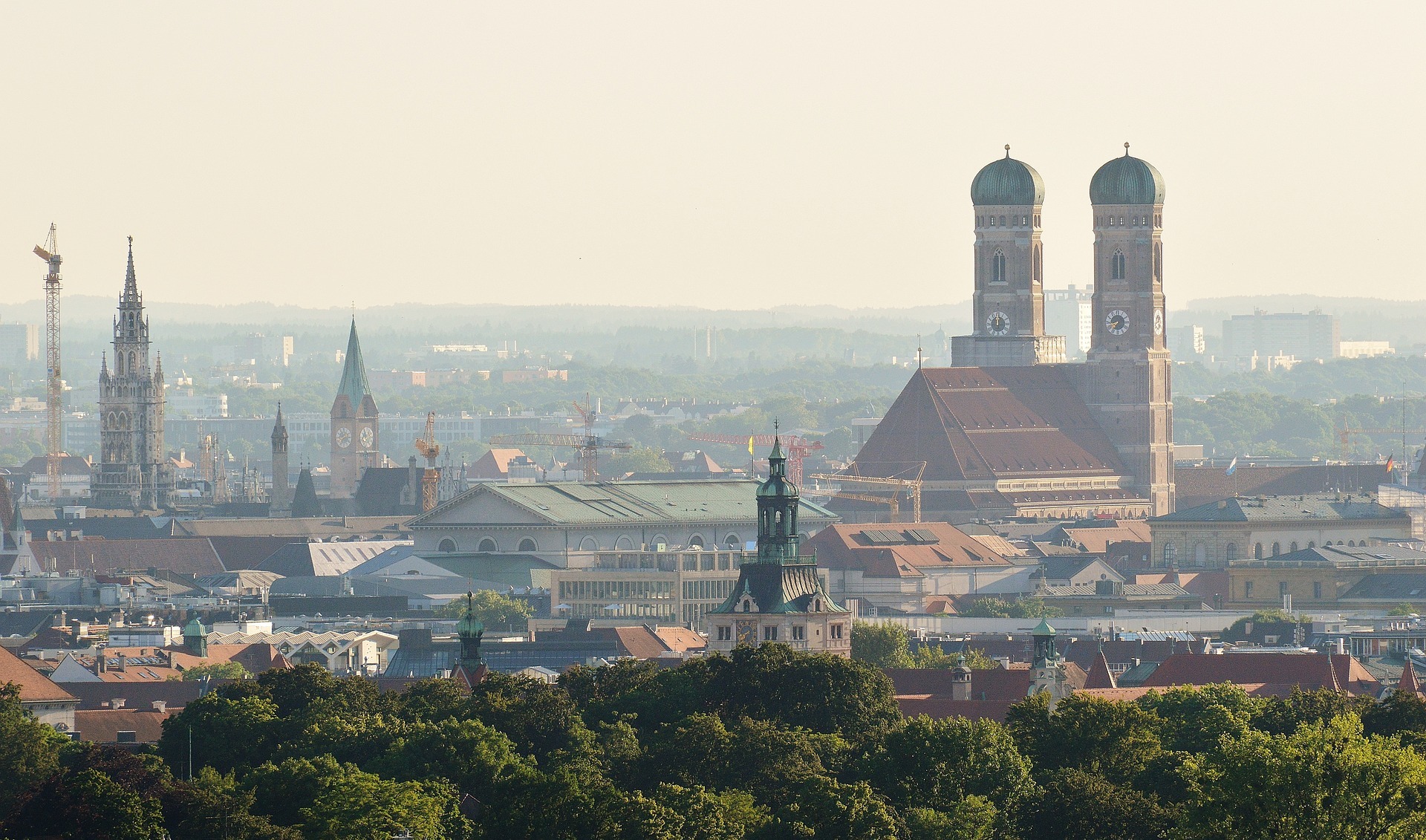 Nestled in the beautiful Bavaria region of Germany, Munich is a charming town with a rich history. Don’t miss the chiming of the Glockenspiel in the Marienplatz, where figurines on the bell tower tell the story of Duke Wilhelm V’s marriage and then showcase the local coopers’ dance. See the fascinating (albeit gruesome) corpse of Saint Munditia in St. Peter’s Church. Don’t miss the chance to wander the stalls of the Vicktualienmarkt and sample local produce, sandwiches, bratwurst, and beer. Dachau, the first of the Nazi concentration camps, is located just outside of Munich, and is a sobering reminder of what occurred here during World War II. 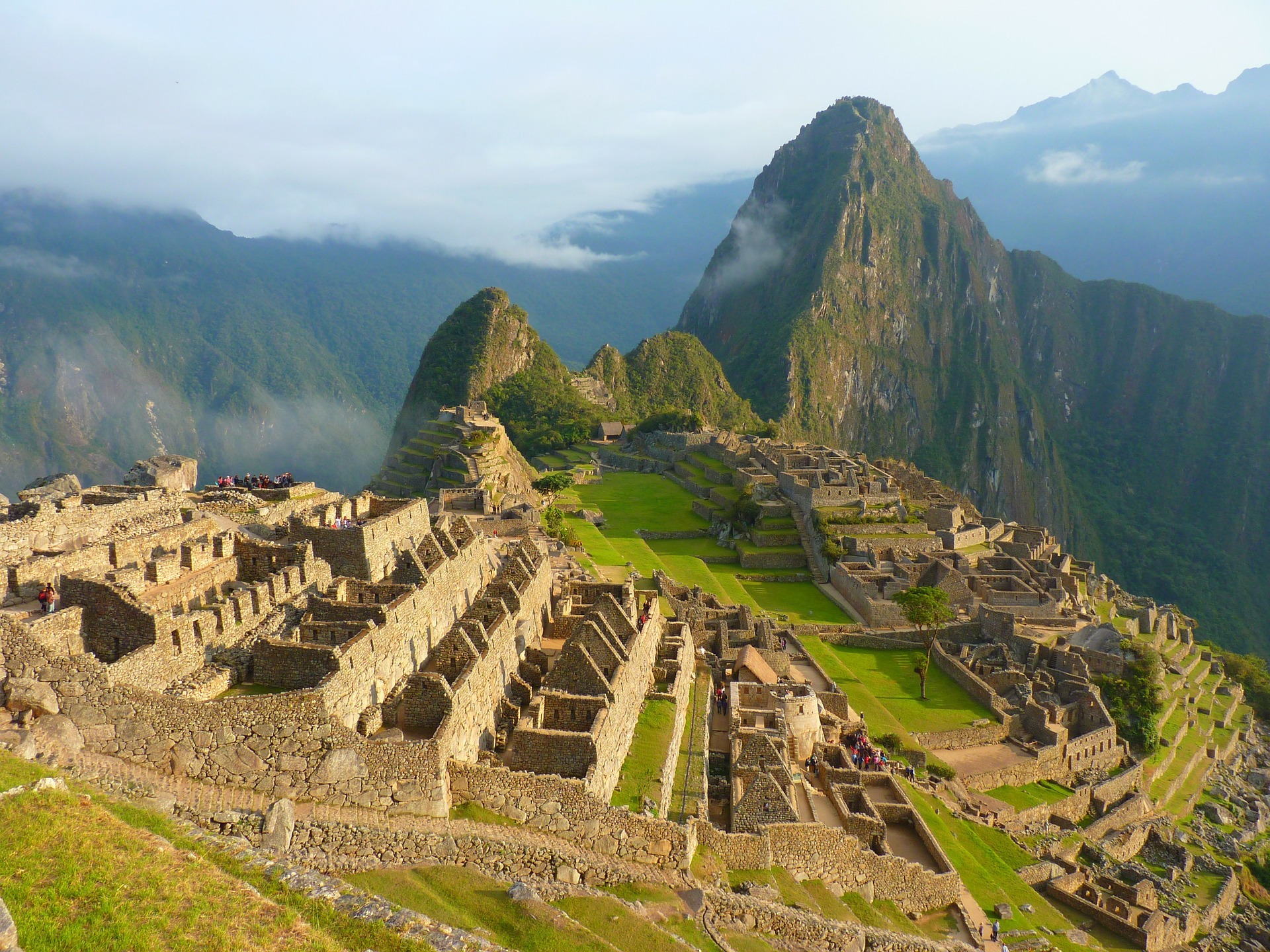 Immerse yourself in the Incan culture with a visit to this 15th century site hidden away in the Cuzco region of Peru. Whether you choose a day visit or a multi-day hike into the area, a visit to Machu Picchu (long regarded one of the major wonders of the world and an UNESCO World Heritage Site) is a memory that will last for a lifetime. Dating back to the height of the Incan Empire, the site was abandoned 100 years after construction was completed and wasn’t rediscovered again until the late 1800s. 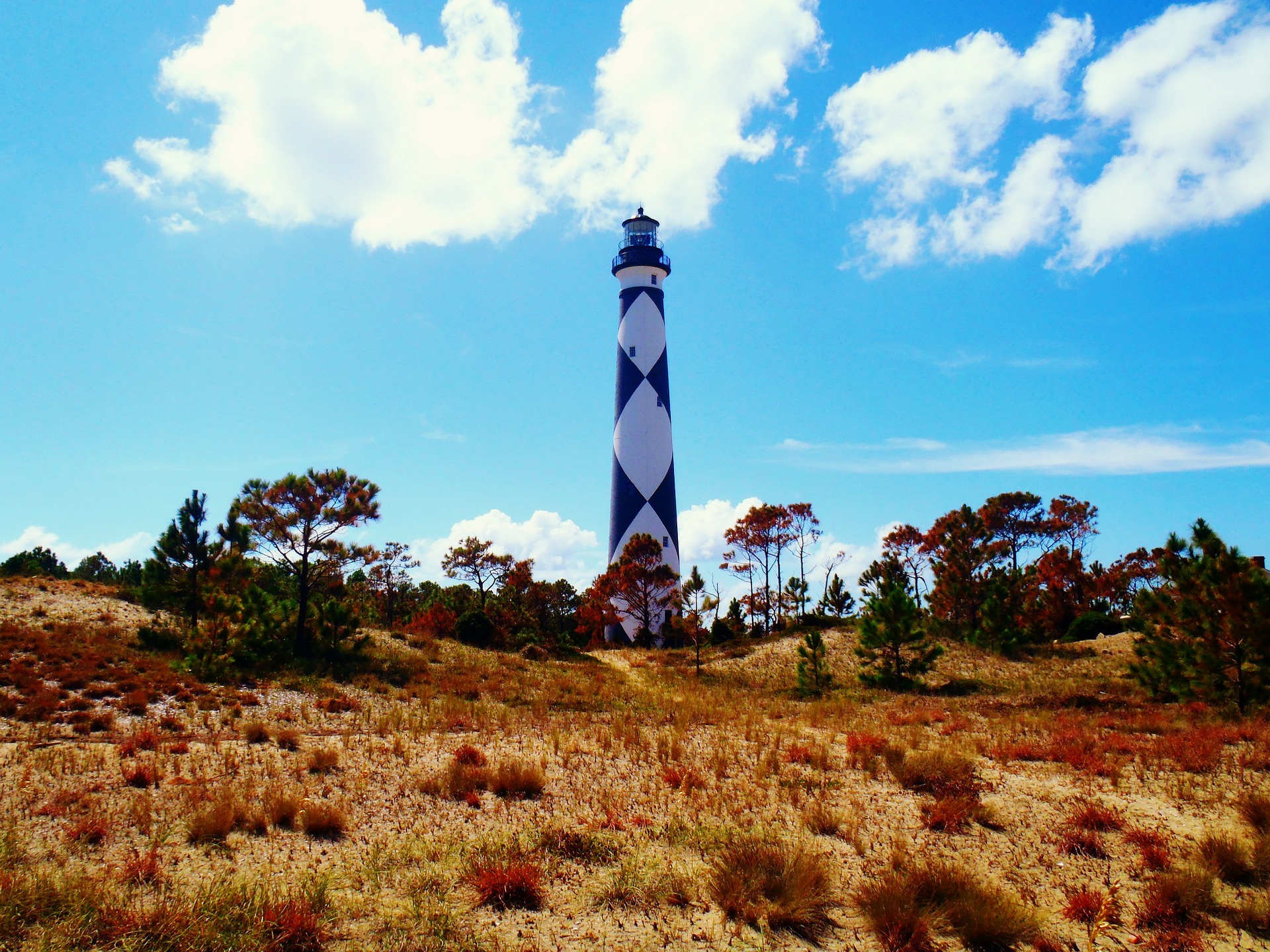 While the beautiful Outer Banks of North Carolina are mostly known for their rolling sand dunes, family-friendly beaches, and wild horses, this coastal area is also a perfect destination for history lovers. It was here that the English sent a group of 117 people in an attempt to form the first permanent settlement in the colonies. Predating the pilgrims’ landing at Plymouth Rock by more than 30 years, the settlers at Roanoke in the Outer Banks bravely faced an untamed New World. Although the group, nicknamed the Lost Colony by historians, disappeared in the late 1580s, there are plenty of opportunities for history buffs to learn about the settlers. In more recent history, the Outer Banks served as the location for the first airplane flight. On Kitty Hawk in 1903, brothers Wilbur and Orville Wright successfully flew their fixed-wing aircraft along the beach for 852 feet. Visit the Wright Brothers National Monument to learn more about these forward-thinking inventors. 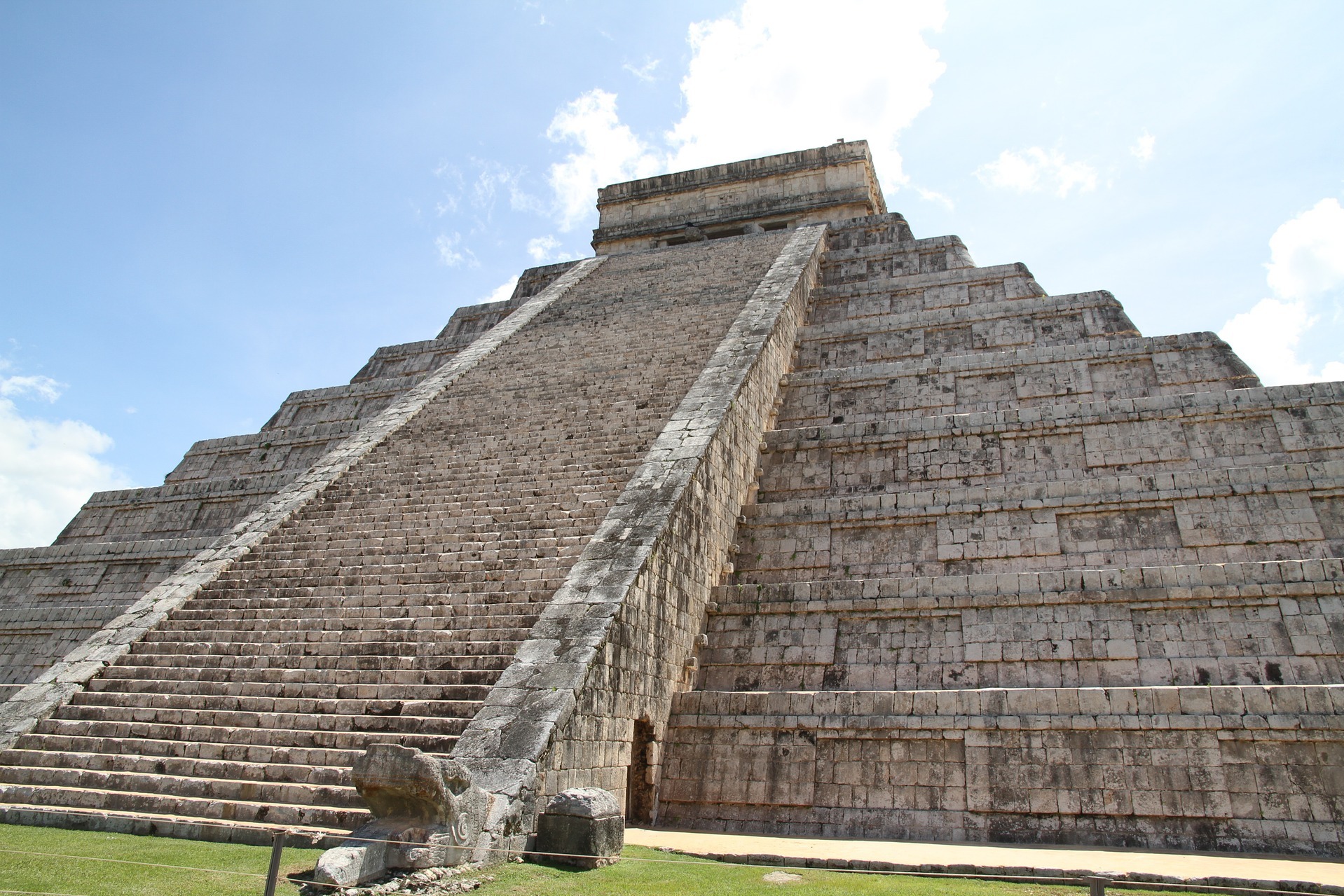 Mention the Yucatan and most people think of crystal clear waters, dazzling nightlife, and tropical beaches. If you’re looking for a place that has both gorgeous ocean views and easy access to some incredible historic sites, the Yucatan is the perfect locale for your honeymoon. With over 20 Mayan ruins scattered across the area, you’ll be able to indulge your inner history buff in the morning and listen to the crashing waves by afternoon. Tulum, a stunning ruin that hangs on the edge of a sheer cliff, is a popular destination for its convenient location near both Cozumel and Cancun. Chichen Itza is a massive complex centered around the 75-foot El Castillo pyramid. 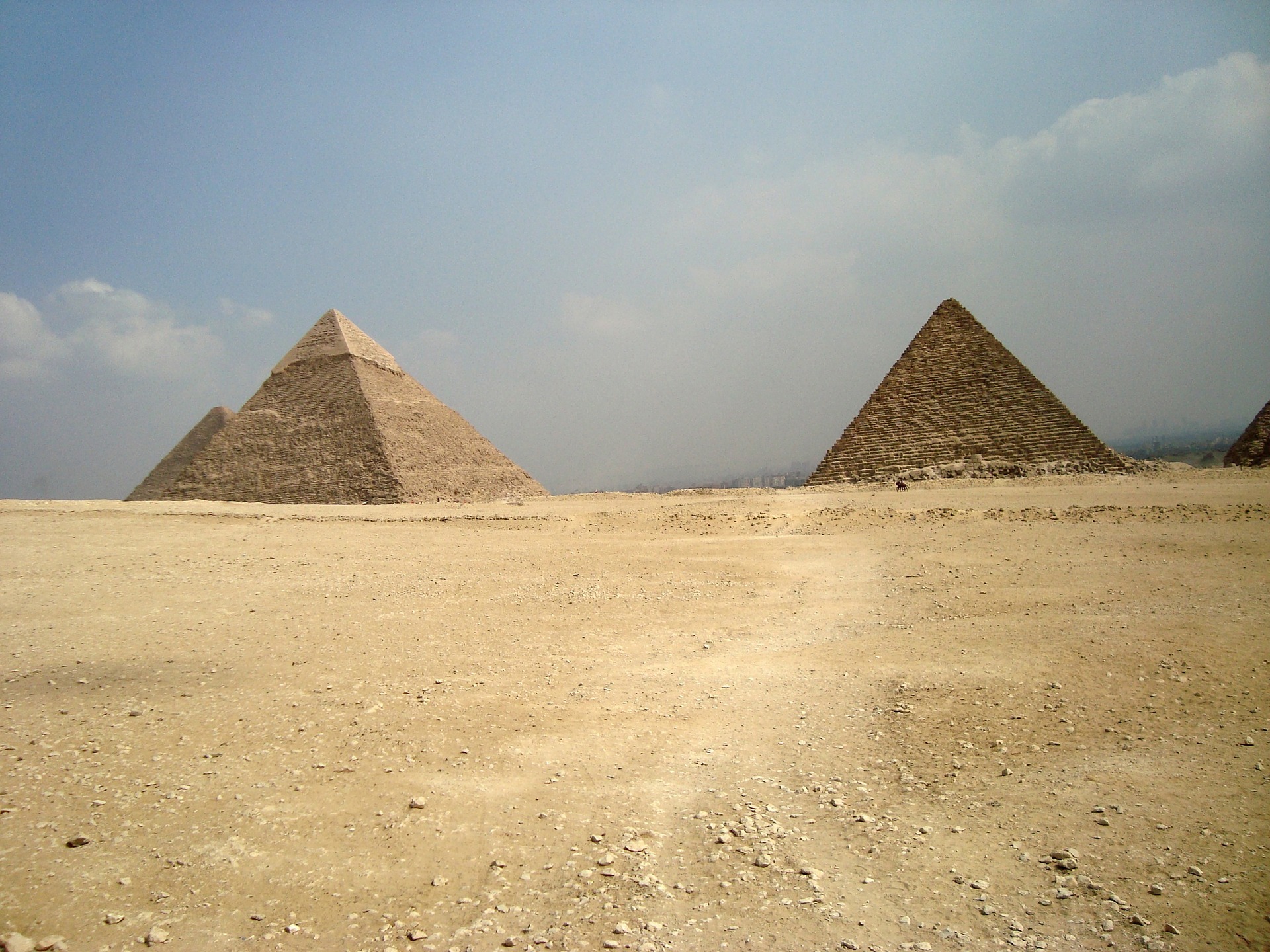 The architectural accomplishments of the ancient Egyptians can be seen in their complete glory in Giza. Here, you’ll find three well-preserved pyramids that date back to around 2560 BC. The largest of the three, known as the Great Pyramid of Giza, is both the biggest and most complete of the seven wonders of the ancient world. Nearby is the iconic Sphinx, a mythological creature with the head of a man and the body of a lion. For visitors who want to delve even more deeply into Egyptian history, a visit to the Grand Egyptian Museum is highly recommended. 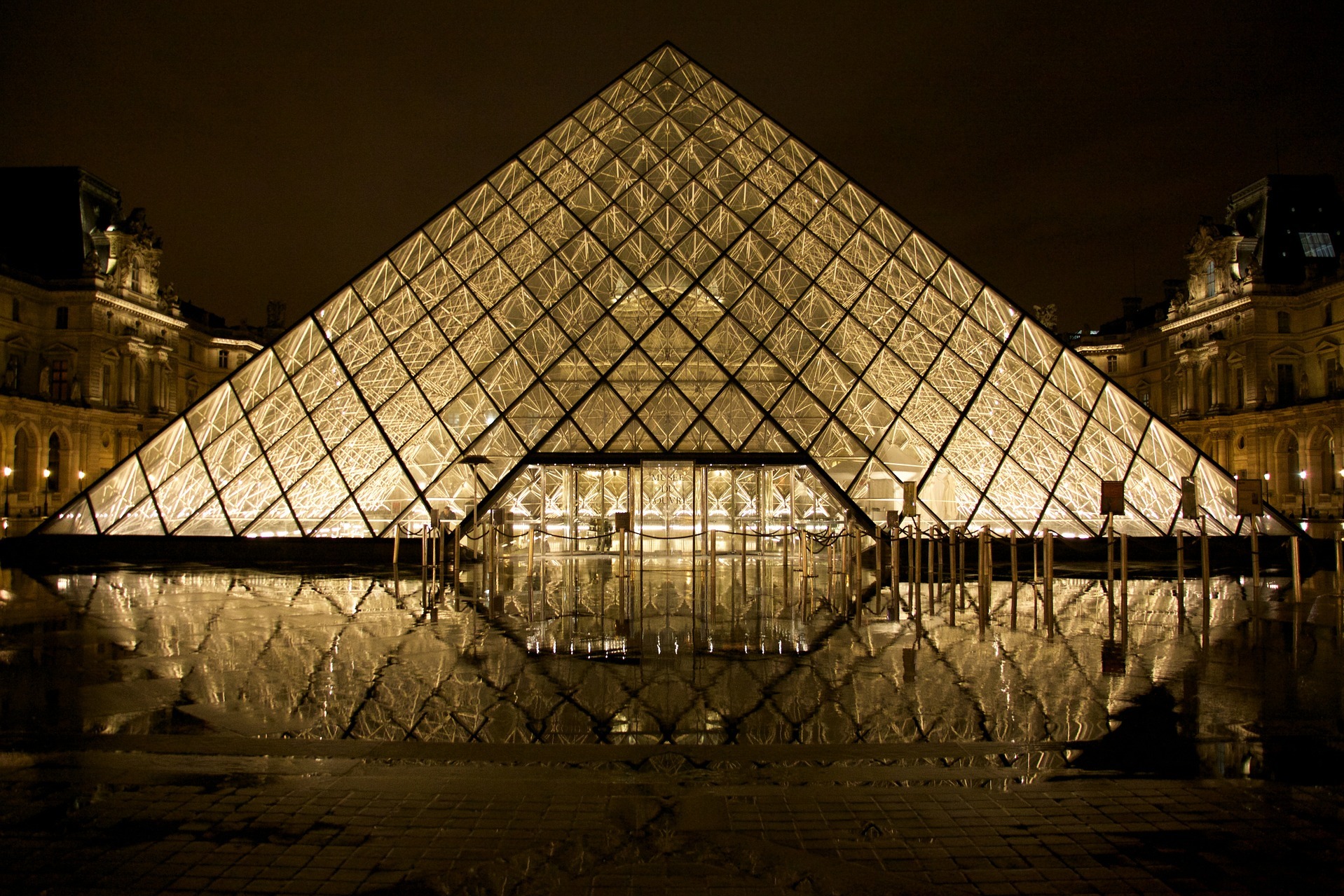 One of the most romantic honeymoon destinations in the world, Paris is also an excellent destination for those who love history, art, and architecture. The Louvre, now a world-renowned art museum, is a former royal fortress and palace. Versailles, located just outside of the city center, is the decadent home of the Sun King, Louis IX. A trip to Paris wouldn’t be complete without seeing the Eiffel Tower, which was built for the 1889 World’s Fair (although it’s now one of the most iconic structures in the world, it created a massive outcry from Parisians when it was first built!). Wander through the streets of Montmarte and see what inspired Pablo Picasso and Vincent Van Gogh. The Arc de Triomphe and Notre Dame Cathedral are two more must-see historic sites in the City of Lights.