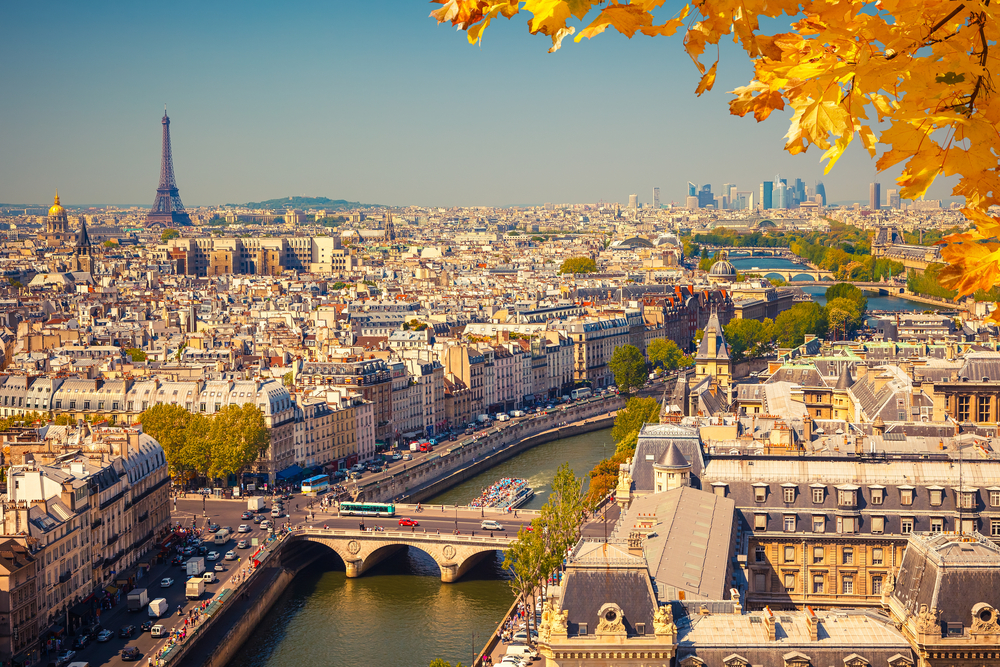 Get your passport updated and travel to one of these romantic European honeymoon destinations.

Perhaps no European honeymoon destination embodies classic romance quite as much as Paris. There are so many fantastic sights to behold there. Non-negotiable stops include The Louvre, Notre Dame, the Champs-Elysees, and a day trip to Versailles. And, most importantly, a honeymooning couple can’t visit The City of Light without going to the Eiffel Tower. 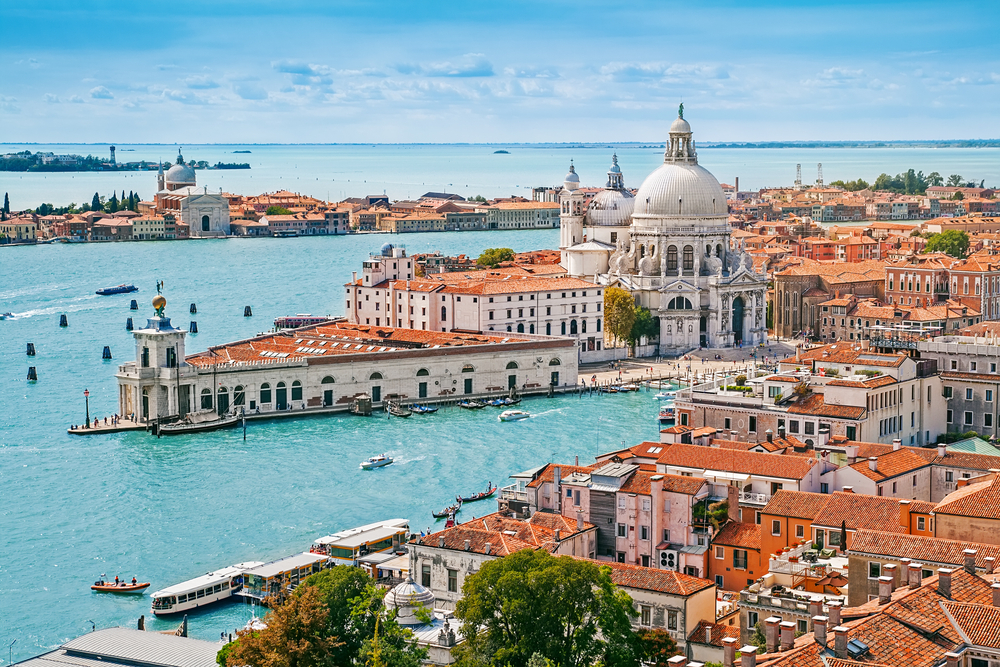 One of the most unique European vacation spots is Venice, with its winding canals and romantic gondola rides. After getting your fill of traveling down these intricate waterways, make sure to go to Doge’s Palace, the Rialto Bridge, and the Piazza San Marco. After you visit all of these attractions, it’s time to eat! And in Venice, plenty of hearty pasta, seafood, and risotto dishes await. 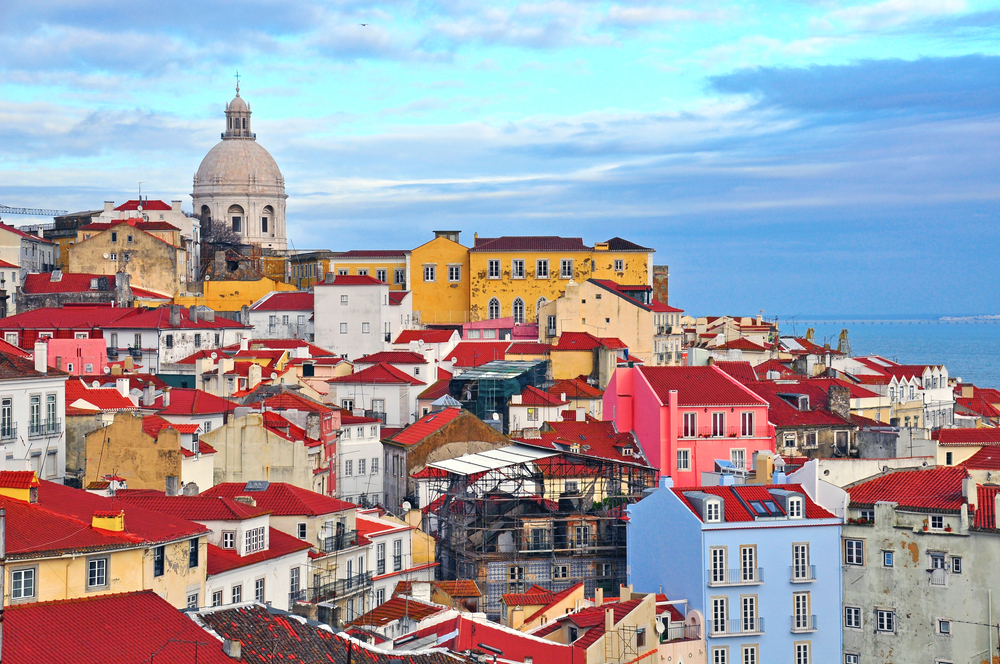 Nestled in a tiny harbor right off the Atlantic Ocean is the Portugese capital, Lisbon. A fabulous destination for architectural buffs and history nerds, Lisbon is utterly fascinating to many. You’ll want to plan plenty of time to wander neighborhoods, each dotted with their own landmarks. Thankfully (for your tired feet), there is great transportation available, including the popular Tram 28. 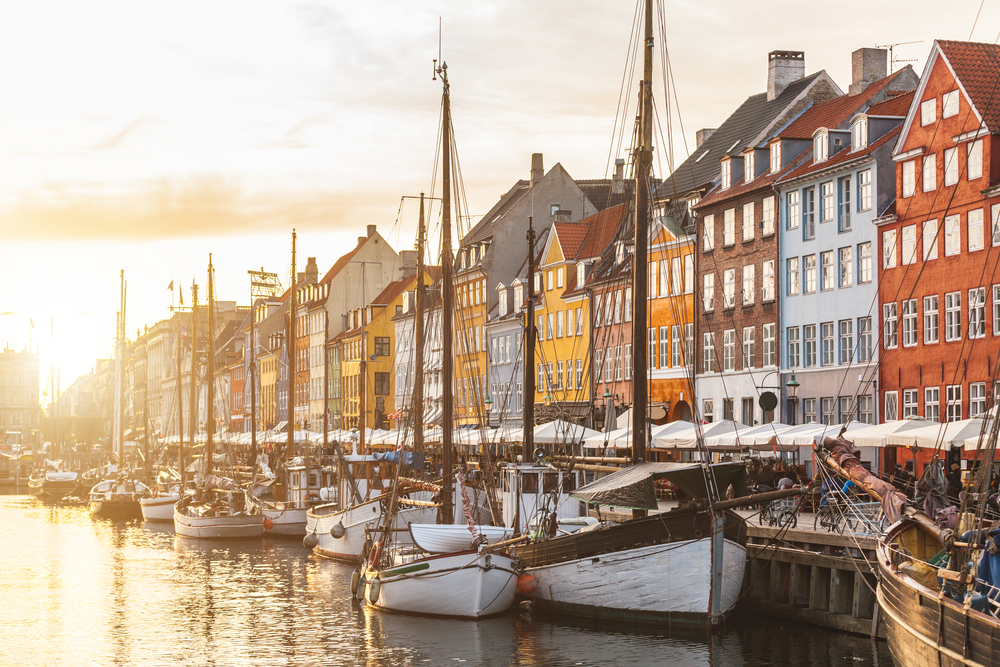 One of the things we love most about Copenhagen is the affordability of fees to attractions and historical sites. Many cost little to nothing, and you can find plenty of budget lodging and food that will give you an authentic (but not budget-busting) trip to this Danish city. Denmark has gained a reputation as one of the happiest cities in the world, and it’s easy to see why. When you visit make sure to see the charming Tivoli Gardens (a vintage amusement park that is even more spectacular during the Christmas season), the famous Little Mermaid statue (Instagram photo op), and the National Museum. 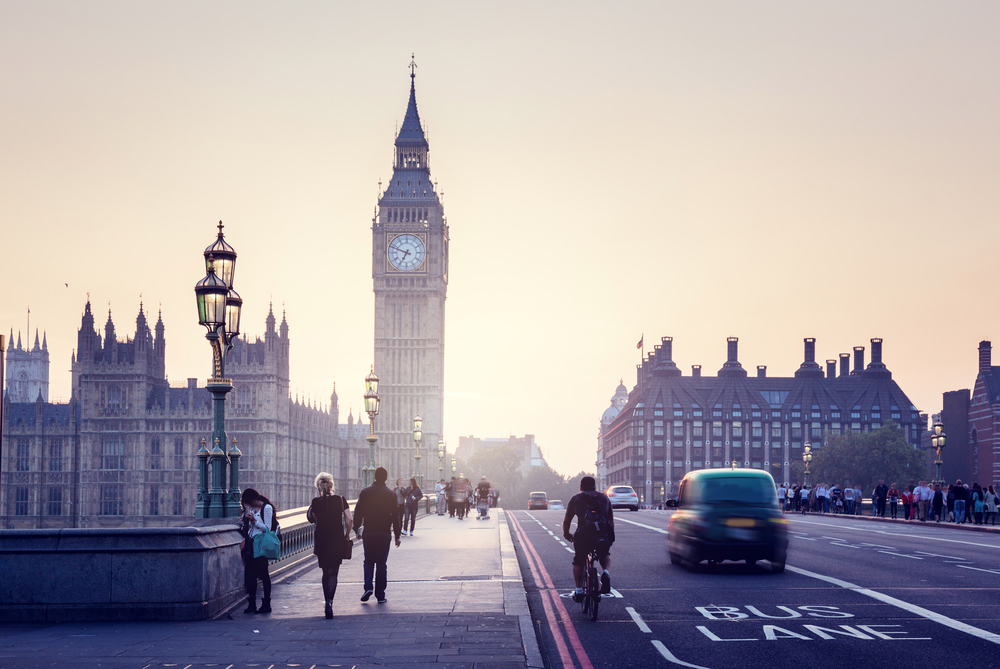 The hardest thing about a honeymoon in London is deciding what you are going to do. There are so many amazing attractions that it’s impossible to do them all in one trip. If you’ve never been, it’s always best to stick with the classics. Head to the London Eye, Buckingham Palace, Westminster Abbey, The British Museum (or The Tate if you prefer modern art to history), Trafalgar Square, and Hyde Park. Stop along the way at pubs for great beer and traditional British comfort fare. 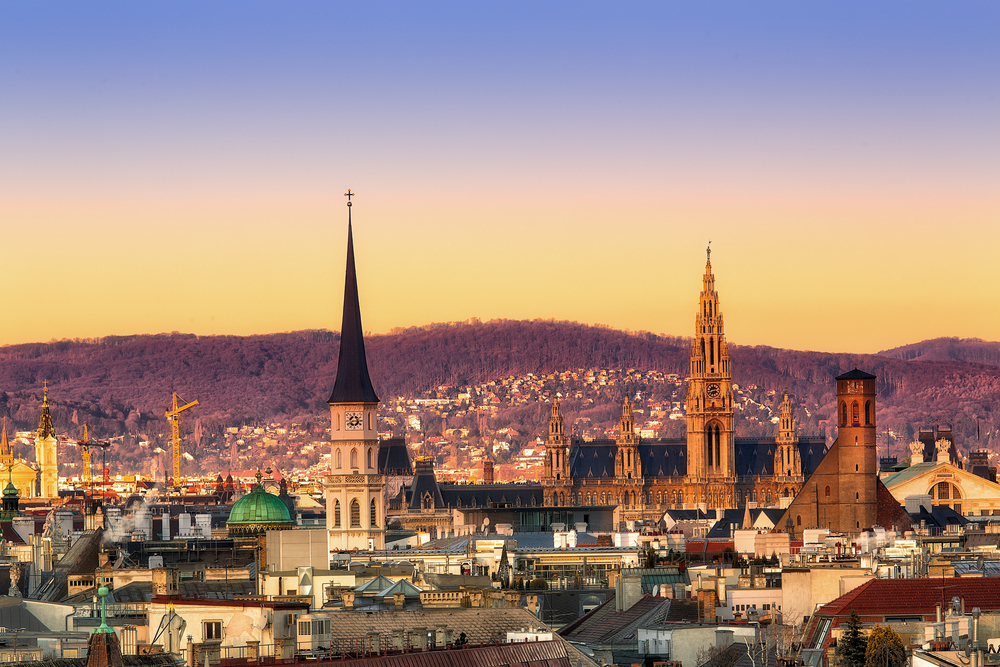 Right on the Danube River lies the majestic city of Vienna. This Austrian destination is a treasure trove of grand buildings and beautiful music. Make sure to catch several musical performances while in town (although the street musicians here will also delight), especially if they are offered in the more dramatic venues, like the State Opera House. If you are staying for more than a few days, there are also several nearby destinations worthy of a day trip, such as the Wachau Valley. 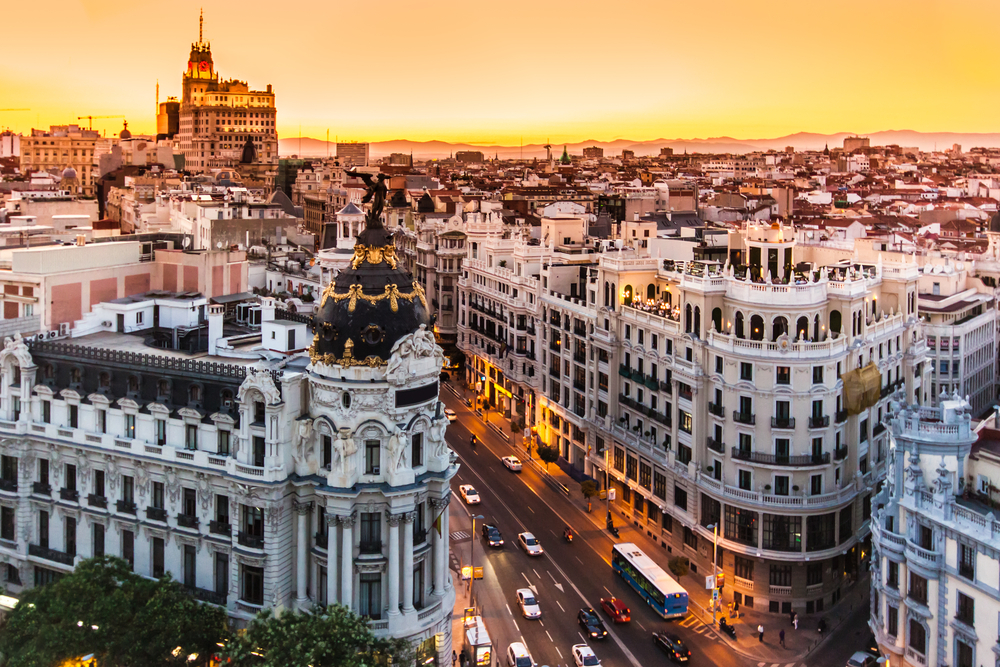 Madrid is a dynamic city that has something for everyone. Located in central Spain, this metropolis feels fashionable and young, similar to Rome or NYC. Take long walks through the local parks and shopping districts. Eat plenty of Spanish treats like churros and leche frita (a sort of fried pastry made from rich custard). If you honeymoon here in the summer, check local event calendars to see if your trip coincides with a festival. Madrid comes alive during a celebration! 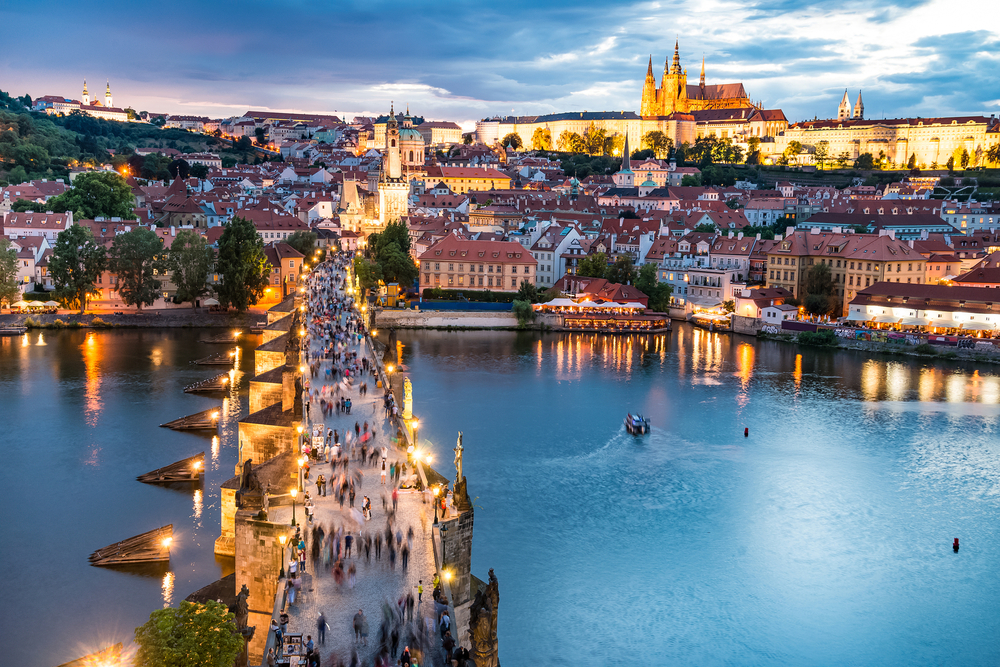 Although not as traditional as a trip to Paris or London, Prague is quickly growing in popularity for American travel. The Czech Republic’s capital, Prague is home to just as many architectural wonders as other European destinations. Walk across the stunning Charles Bridge and wander the visually striking Old Town Square. Even if cathedrals aren’t your thing, you are going to want to miss St. Vitus, a Gothic masterpiece that towers over the city. 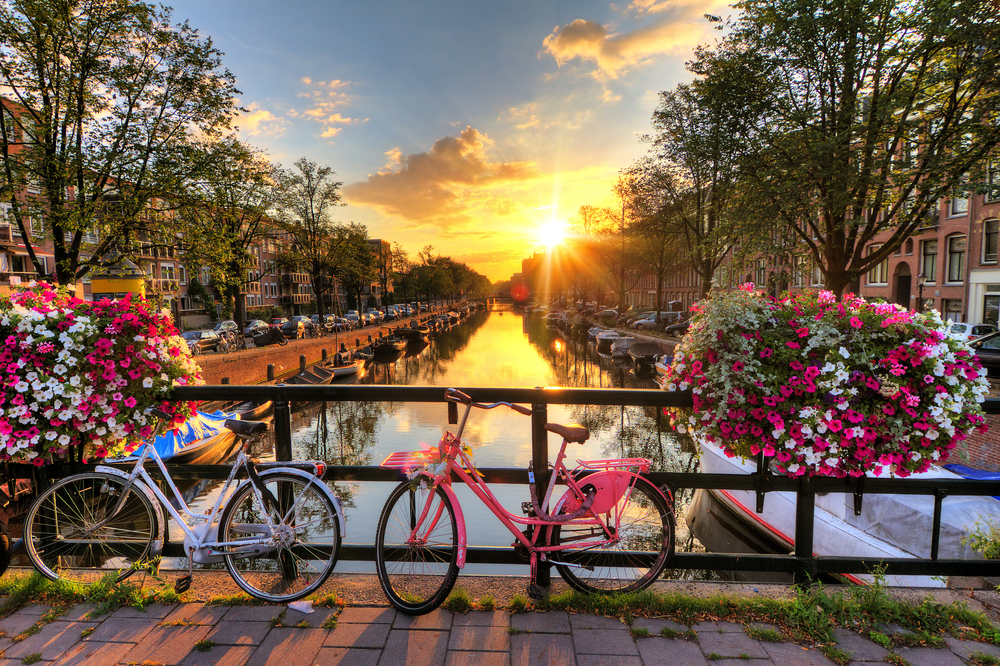 Amsterdam is so much more than “coffee” shops and red light districts. It’s really a sort of modern day utopia where you can get around the entire city by bike, soak up your fill of culture, and have a completely relaxing holiday. The charm of Amsterdam is simply exploring it casually, but we do recommend a couple of things to prioritize on your itinerary. The Van Gogh Museum really can’t be missed and the Anne Frank House is also a must-see. One expense that is well worth the cost is a boat tour through the canals of the city. 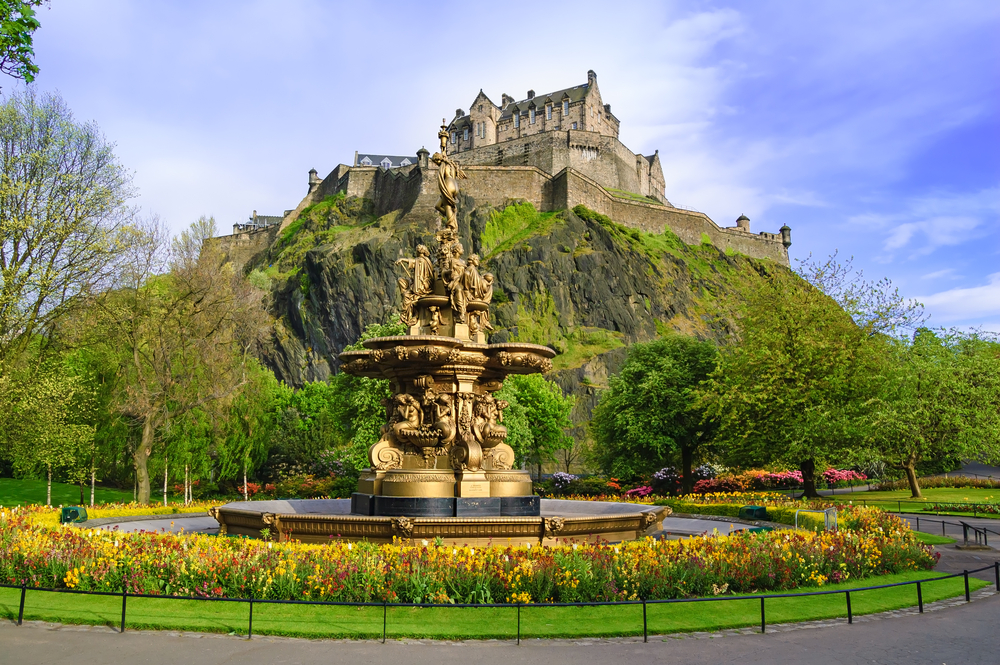 Head to the hills of Scotland and enjoy a rustic honeymoon in Edinburgh. Venture in and beyond the city limits and visit nearby castles, monuments, and parks. Of course, when you are in Scotland you must do a little scotch tasting (it would be rude not to, right?). But if whisky isn’t your thing, there is also plenty of beer, coffee, and hearty food in this university town.