A Destination Guide to Visiting Cuba 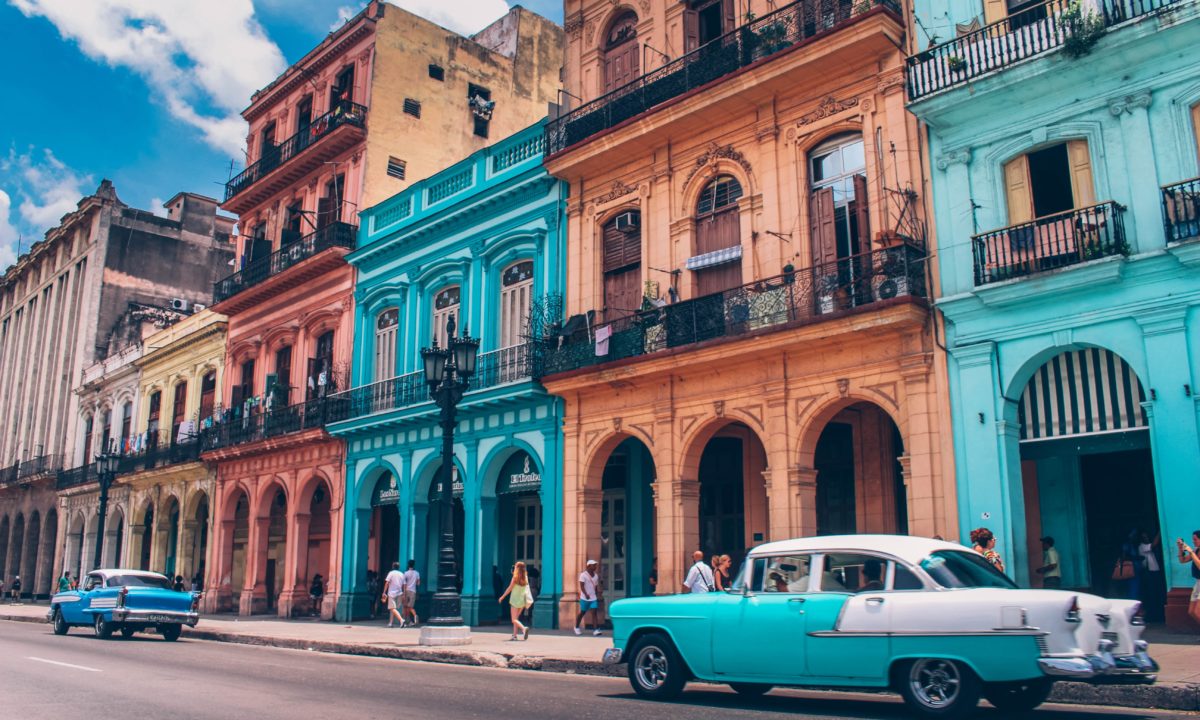 Once upon a time, Cuba was the most popular travel destination in the Caribbean. Before the Cuban Revolution of 1959, Havana easily lured Americans and other nations’ tourists with its electrifying mix of nightlife, beach and breezy accessibility. Not so anymore.  While Cuba still purports to attract more than 2 million foreign visitors a year, nearly none officially, at least come from the U.S. Thanks to a long-standing embargo and travel ban that has made it illegal to spend any money in Cuba (and thus impossible to openly visit without the threat of criminal charges), Americans usually visit Mexico or Canada, white-knuckling their way via old Russian planes.

But there is good news: in 2011, the U.S. Treasury Department has begun to change all that. Now granting ‘people-to-people’ licenses to a handful of companies, like Insight Cuba (InsightCuba.org), Americans can sign up with one of the sanctioned organizations to visit–openly.

So if you’re craving access to one of the Caribbean’s most unauthorized travel destinations for an adventure of a lifetime, read on to find out tips for a Havana-style honeymoon.

Havana, the capital, is the center of Cuba. It’s divided into three sections, Old Havana (or Habana Viejo), the Vedado, and newer suburbs. Expect to spend a lot of time exploring its architecture, colorful residents, rum joints and music halls. Then plan to hire a car for a few pesos to take you for day trips to nearby agricultural towns or beaches.

Situated in Old Havana, this hotel is the converted home of an Irish sugar baron of the 19th century.Its handsome, neoclassical architecture and proximity to the Bay of Havana, makes it a very civilized place to stay.

Famous for where Ernest Hemingway wrote For Whom the Bell Tolls (in room 511, to be exact), this over-hauled hotel is situated near Havana’s colonial center and features a jazz bar and art exhibits.

Considered to be the most prestigious hotel in Havana, this Art Deco property is a World Heritage Site. Located in the middle of the Vedado, famous people from Frank Sinatra to Winston Churchill have stayed in in this property that was built in 1930.

It’s hard to believe that this elegant, up-dated property in Old Havana originated in 1879. Today, with its mix of marble, iron and modern amenities, it is a far-cry from its 19th-century, pre-Castro, roots.

This is the general category for Cuban accommodations that are the most common, most authentic Cuban experience and the cheapest. These are private residences tailored and licensed to operate as b&bs. A great one to try is Hostal del Angel, a colonial House in Old Havana run by an English-speaking host named Kenia . Or go here for more locations.

You can’t leave Havana without stopping at this restaurant and bar where everyone from Ernest Hemingway to Nat King Cole and Pablo Neruda had dined. It is also apparently the birthplace of the ubiquitous Mojito.

This is the general category for Cuban sanctioned restaurants that are run from people’s homes.

Expect to see buildings so colorful that you forget they are falling apart. Bicycle taxis mix with horse-drawn carriages on and around the Plaza de Armas. The area has a resemblance to New Orleans, ancient colonial port cities in sticky tropical climate.

Besides rum joints and samba bands, visit the Plaza Vieja for an oddity, a replica of the first camera obscura designed by Aristotle. Since Castro thought this optical device was a huge achievement for mankind, the Cuban government proudly promotes this item as a great Cuban attraction. You’ll find that its camera obscura displays real-time landscape of Havana projected onto the walls of a room.

This neighborhood provides a mix of esoteric museums that Castro deemed essential (check out the Casa de Simon Bolivar) and great rum joints and samba acts.

It’s the largest cemetery in the New World–nuff said.

It’s said that before the Cuban revolution, most major league baseball players in the U.S. came from Cuba. Today, the sport is as vibrant as ever in Havana so take the time to watch this island’s national pastime.

Hire a cab driver to take you to Vinales, a small agricultural town in the north-central area of Cuba. Then ride horses through tobacco fields and to check out the island’s mogotes, independent, steep-sided marble or limestone towering hills that are distinct to Cuba.

A word on money: If you’re American, thanks to the embargo, no ATM will work on the island. So be sure to bring enough American cash to get you through your trip. Since it is a one-to-one dollar-for-peso rate, consider bringing at least $1,500 for an eight-day, no-frills experience. And remember to keep 50 pesos handy upon departure. You can’t leave the country without paying this tax.

Getting there: For Americans, this is one of the trickiest parts of your journey. Some recommend flying to Toronto to grab a flight to Cuba. Others say flying to Jamaica, grabbing a lake-hopper to Cuba there. Or fly into Cancun, Mexico and hop a flight on the nation’s Cubana airlines. That way you’ll get to brag about the bracing, partially furred old Soviet plane you flew on your honeymoon.