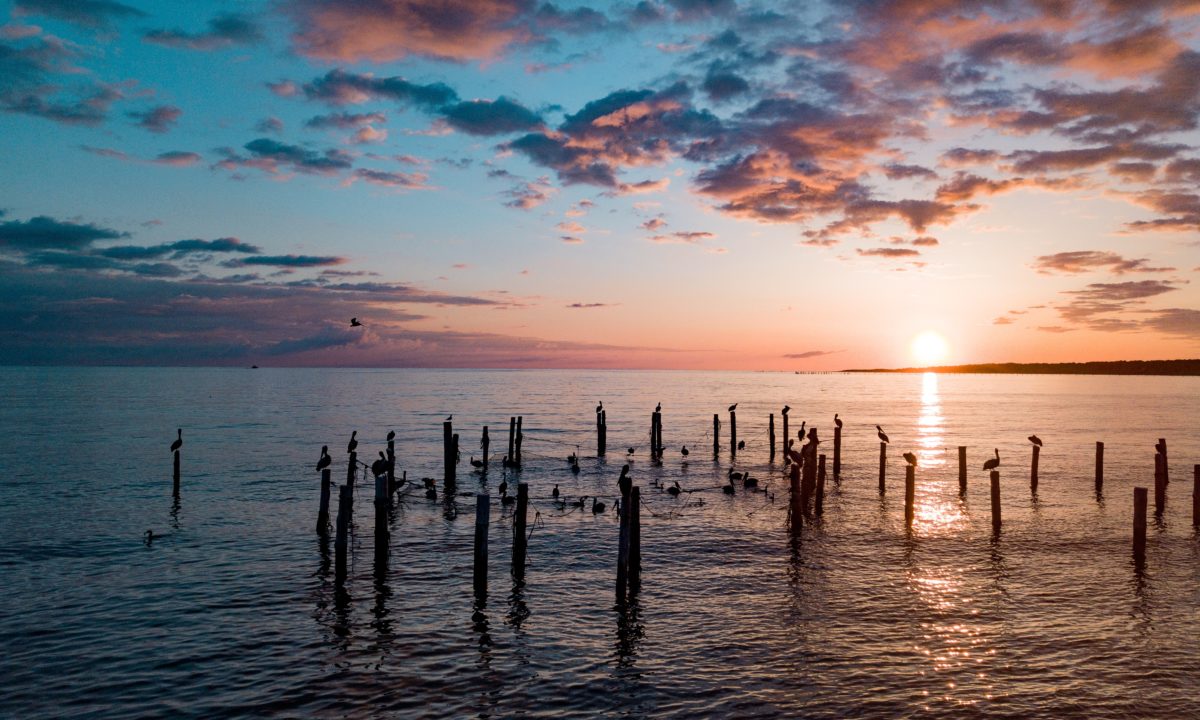 The largest city in Virginia, Virginia Beach is home to First Landing State Park – the point at which settlers from England first landed on American soil in 1607 – fresh local seafood and three miles of much-loved boardwalk. All of which make this East Coast city the perfect destination to unwind, soak up some sun and crack open a crab or two.

Wake up to a sunrise over the Atlantic – Virginia Beach’s seashore faces directly east with a wide open view – before you and your love head into the adventures of the day. Exploring inland waterways via kayak and surfing lessons in Sandbridge are great options for active couples, while wandering the boardwalk has seaside appeal of its own. The three mile long plank-covered pathway is surrounded by shops, attractions (who doesn’t love a good Ferris wheel?), and tasty food, as well as several ocean-front event stages that serve up nightly entertainment. Don’t forget to stop by and say hello to the colossal bronze statue of King Neptune, which has recently taken up residence along the walk.

When the outdoors finally chase you inside, make your way to the Virginia Museum of Contemporary Art, or another local favorite, the Virginia Aquarium & Marine Science Center. The aquarium contains more than 800,000 gallons of both fresh and salt water in its displays, which are home to more than 300 species of animals. The Cape Henry Lighthouse is an alternative point of interest. The seaside lookout was built in 1792, and visitors can climb to the top of the lighthouse tower to enjoy panoramic views of the Chesapeake Bay and Atlantic Ocean.

When your explorations wind down for the day, we recommend one last endeavor: savoring the local cuisine. Competition for the best seafood is fierce in this city, but we have a few suggestions certain to keep your path straight. Lynnhaven Fish House Restaurant is an area favorite with an award winning wine list, while Steinhilber’s has been an area classic since it opened in 1939. One Fish-Two Fish is locally inspired and uniquely inventive – the crab cakes come with fresh tropical fruit salsa.