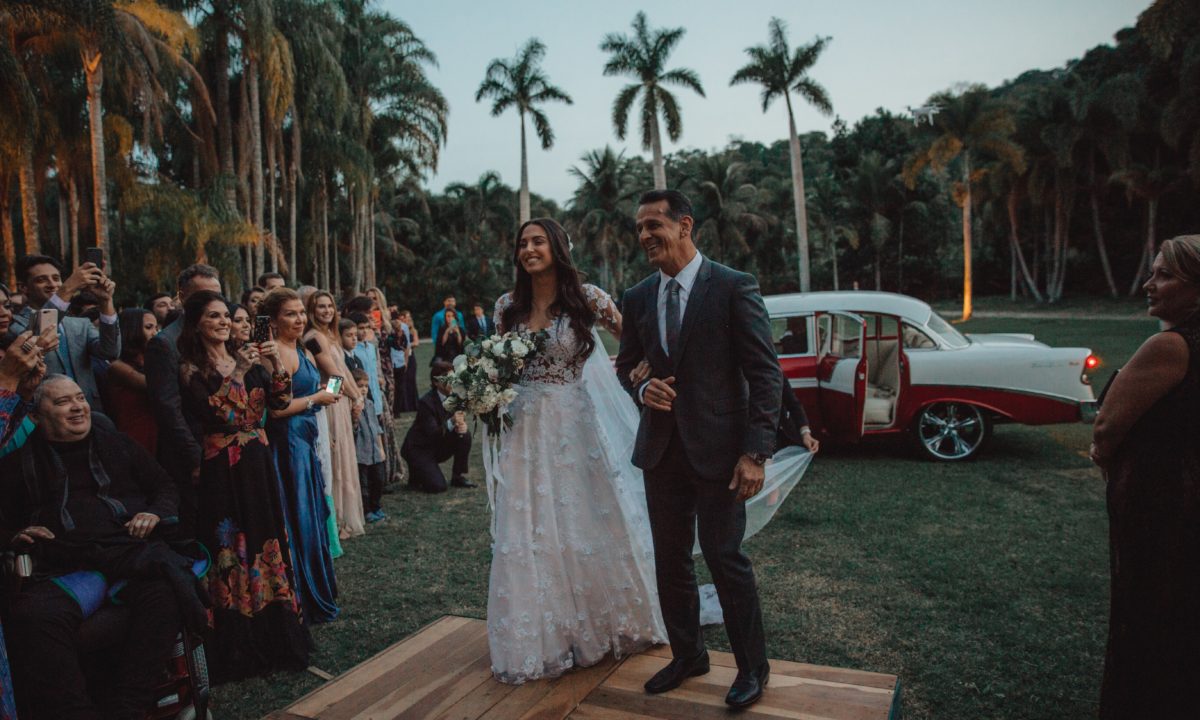 To ensure good luck for your wedding day, you might want to familiarize yourself with these.

Wedding superstitions have been around for centuries. From wearing a veil during the reign of the Roman Empire to ward off evil spirits to hiding a sugar cube in your wedding glove at Cuban weddings to sweeten the wedding night, there are hundreds of folklore fables to be found. Most of our own English-inspired or American-infused superstitions have brides and grooms avoiding ladders and black cats to this day.

However, for those couples who have decided to get married in the Caribbean, you may want to familiarize yourself with some of the kooky and charming aspects of their culture’s superstitions. A blend of European and African cultures, each island has their own ideas about how to avoid bad luck on your wedding day. Here are a few staples to stand by in case you find yourself getting married under a full moon or worse – under an open umbrella indoors.

If you have chosen the beaches of the Dominican Republic to whisper those beautifully poignant yet fateful vows, there is more to a DR ceremony than the legendary white sand beaches. For centuries, the people of Dominican Republic have held fast to certain wedding superstitions to keep bad luck at bay.

For one, you should never get married on a Friday or a Tuesday. They don’t say why, but it is made clear that you can expect a disaster to occur if you do. Okay, Tuesday is out. Also, the month of November is considered to be the worst for tying the knot, which makes sense; it is the last month of hurricane season, after all.

Thinking about wearing your mother’s pearls on a Mexican beach overlooking a sunset? Well, according to Mexican superstition, you’d better double up on the waterproof mascara. In their culture, pearls symbolize tears, and tears mean a lifetime of sorrow. If you want to abide by their folklore, you may want to trade in that string of pearls for something a little more optimistic.

One superstition that seems to border-hop is the wedding dress reveal. In Mexican culture and many other Caribbean island culture too – it is bad luck to let the groom see the bride before the wedding. While it is becoming more and more common for the bride and groom to reveal themselves to each other for photographers before the wedding, superstitious couples may want to consider keeping themselves hidden before the vows since this one is the most shared among cultures.

Rehearsal dinner superstitions? Don’t pass the salt to the person who requested it. Instead, slide it to the person next to them to pass it on. While we all know that the shortest distance between two points is a straight line, the Caribbean locals would rather take their time to avoid bad luck. Another faux pas? Don’t drop a fork. If you do, an angry sibling will arrive. Talk about an unwanted wedding crasher!

Also, you may want to let your single bridesmaids and wedding guests know that even if they catch the bouquet, they may not be next in line for getting hitched. In Caribbean culture, if a single woman has ever opened an umbrella in her house, swept a broom over her feet while cleaning the kitchen, or has held a serving tray right side up with nothing on it, she should not be expecting a proposal anytime soon.