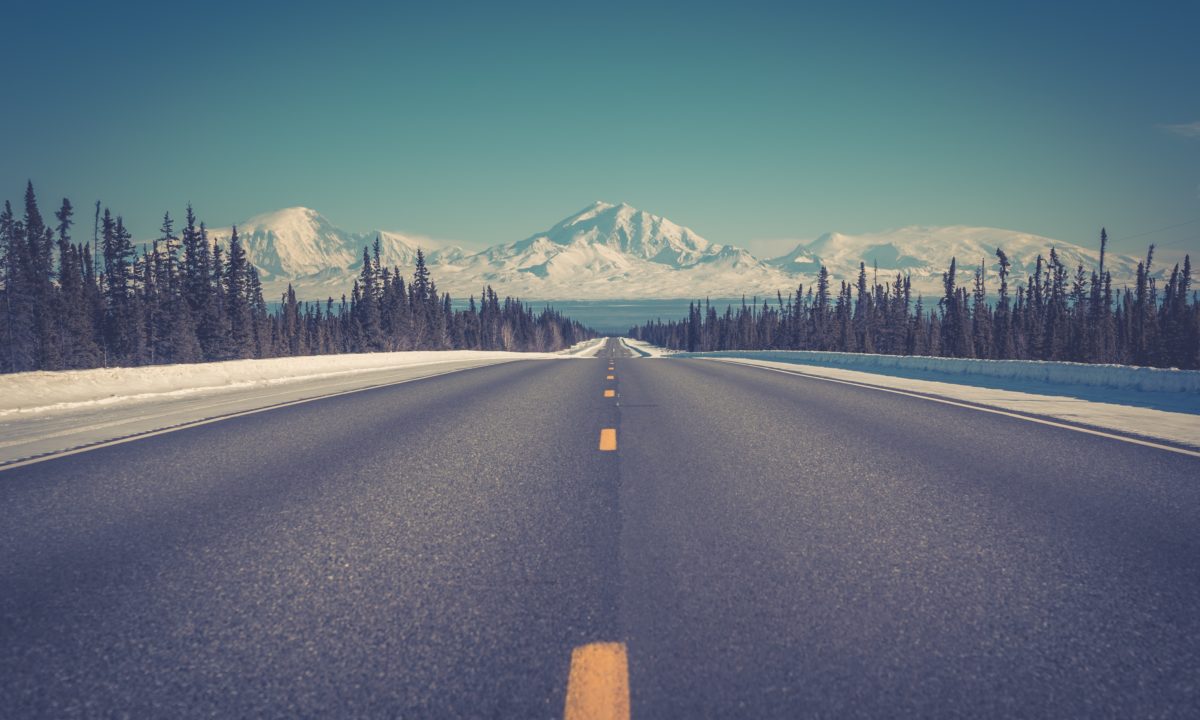 There may only be one road into the heart of this Alaskan wilderness, but a honeymoon spent camping in Denali National Park is stacked nearly as high as Mount McKinley with things to do.

From witnessing the nation’s most diverse population of wildlife to experiencing a solace rarely experienced in any tourist destination in the nation, Denali is the perfect place for honeymooners to connect with each other and with Mother Nature.

Wild caribou, grizzly bears, Dall sheep, eagles, moose, and even wolves wander though this slice of wild land; making the six million acres of high alpine tundra, snowy mountains, and low-elevation taiga forest unlike any other honeymoon spot on the planet.

Mount McKinley – Soaring to the heavens as America’s tallest peak, even Mount McKinley’s (also known as Mt. Denali) 20,320 feet can be missed on a cloudy day. Only visible to 30% of the people who visit here, plan to leave on the earliest shuttle bus you can and stay until the last one leaves. The mountain is usually best seen in the early hours or in the late evening. If you do not want to make the trip to Denali without seeing this snow-covered queen, then camp at Wonder Lake (the closest to the peak at Mile 85) for a few nights in the summer months and your chances infinitely go up.

Sled Dog Demonstration – Even if you are planning a honeymoon in the summer, don’t miss the sled dog demos that take place inside the park. With short shuttle bus rides taking you directly to the kennels to meet these amazing pups, couples can pet them, snap a few photos, and even watch them race a spell. The best part? It’s free.

Denali Outdoor Center – Just because it may feel like you are one the edge of the world, that doesn’t mean that there isn’t some organizational recreation to be found. The Denali Outdoor Center is where honeymooners should head for whitewater rafting, mild-water float trips, kayaking, canoeing, and mountain biking. No matter how long or what type of excursion you seek, they can get it planned perfectly.

Park Road – While Park Road is 90 miles long and only accessible by shuttle or tour bus, the road itself is an attraction to behold. While on the bus, newlyweds can look on in awe as the pavement melts into gravel up Sable Mountain and into Polychrome Pass. The big stop at Eielson Visitor Center is the place for avid hikers to blaze their own trail and talk with other riders about the amazing sights they’ve seen.

The park entrance fee is $10.00/person and lasts for seven days with a maximum of a 14 day stay.
There are six campgrounds of varying size and distance from the developed area, ranging from $12 to $22 dollars a night. However, Wonder Lake is the surefire winner. Deep in the park with views of Mount McKinley, it gets a five-star rating from campers worldwide.

While the visitor facilities are open from May to September, the summer months are the most palatable for campers. The crowds can be fairly thick in June, as are the mosquitoes, so July and August are best.