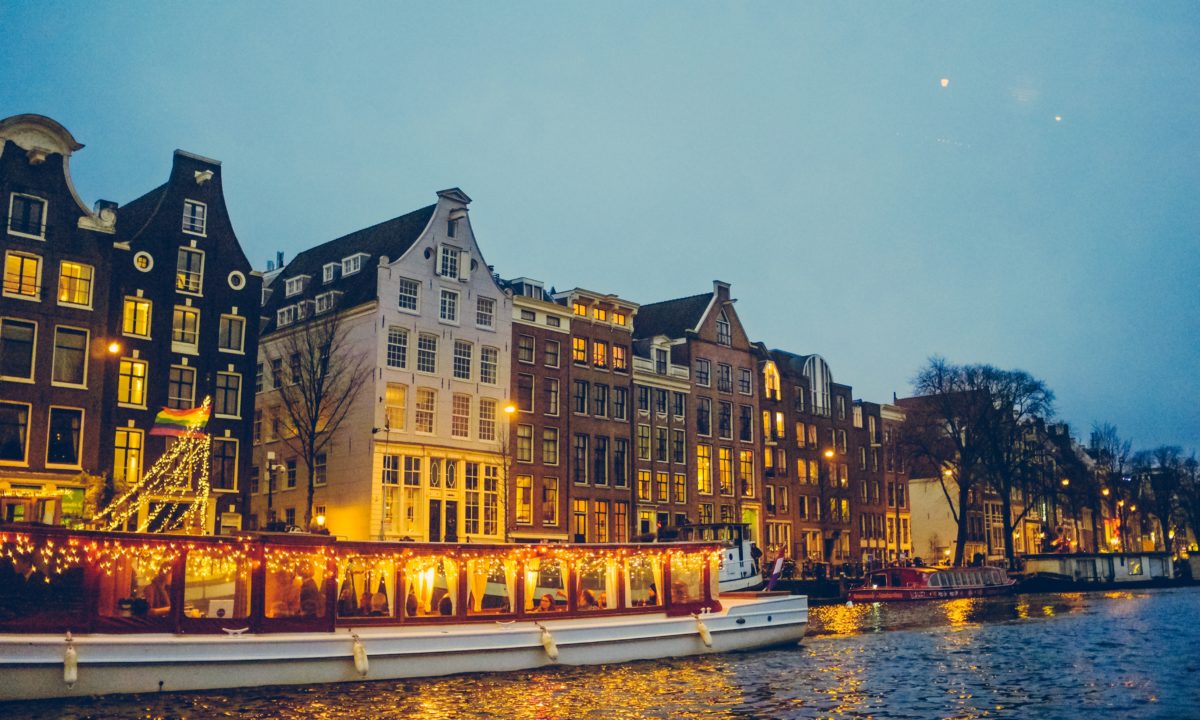 Here are a few reasons why you should consider a honeymoon in Amsterdam.

An Amsterdam honeymoon has more to offer than its four-star accommodations, open-air dining, and ancient canal system. It’s a party waiting to get started. Even though it may have a reputation for its anything-goes Red Light District, newlyweds need to know that an Amsterdam honeymoon destination could easily be one of the most romantic places in Europe.

With more than a hundred water canals for canoodling, blocks of colorful culture for sight-seeing, and picturesque valleys peppered with windmills and tulips, Amsterdam is every bit as pretty as the postcards you’ve seen. If it’s on your list of potential post-nuptial places, here are a few reasons why it should take the number one spot.

There are many places in Europe to consider for honeymooning, but choosing Amsterdam is a good one for your wallet. Some European cities like Paris and Rome have inflated prices for hotels, food, shopping, and entertainment. However, Amsterdam has many different activities and hotels to fit any kind of budget. For accommodations that are bohemian chic and clean, consider The ITC Hotel. For luxury, the Intercontinental Amstel is overlooking one of the famous canals. If you want to experience both sides of the coin, feel free to bounce back and forth between minimal and opulent for a college-meets-kingly experience.

There are also several free things to do. Yes, that’s right free. From visiting the largest green space in Amsterdam, Vondelpark (they have live music and dancing from June to September) to simply packing a picnic and people watching, this famous park has plenty of both to enjoy.

If people-watching is your guilty pleasure, then sneak a peek at the Red Light District for some newlywed rubbernecking. More than a few blushing brides have taken a stroll through its infamous streets before, but it’s never as shocking as its reputation. In fact, the RLD is more so a social clashing of underbelly and authority, but it’s worth seeing if only for the Las Vegas-ness of it all.

You don’t have to be an art major to appreciate the works of beauty that Amsterdam is proud to exhibit. First, you should visit the Rijksmuseum, which houses 40 Rembrandts and four Vermeers, respectfully. The museum itself just underwent a major remodel in 2010 and has emerged a beautiful masterpiece in its own right at the hand of architect Cruz y Ortiz. Visiting the Phillips Wing alone makes it worth your time as there are four hundred pieces on display in that one gallery.

If modern art is more your muse, The Stedelijk Museum showcases 20th century art from the likes of Lichtenstein, Picasso, Nauman, Stella and Warhol. When you are in love and inspired, Matisse and Picasso are the perfect pair to put you in the romantic mood. However, if history is what gets your engines revving (come on, some people really dig it!) then you must visit the off-beat attic of Museum Amstelkring. Quirky and all-original, it is essentially a glorified 17th century church crawlspace that has been immaculately preserved.

If you and your hubby are night owls, Amsterdam is going to be your favorite place to hit the town. Most cafes transform into pubs when the sun goes down. This means you can camp at your favorite cafe in the morning for some Joe, and then return to the same spot hours later.

If you want to drink as the Dutch do, this is the place to kick off your clogs until 2:00 or 3:00 a.m. Not for the faint of heart, be sure to pack your party hat. Hit up hot spots like the cozy corners of Wynand Focknick or the exclusively tiny Belgium brew-house, Cafe Belgique.

Regardless of where you go, Amsterdam is a lover’s labyrinth. Get lost in the complexity of its art, stunned by the depth of its history, and be transformed by the Amsterdam attitude into a state of utter relaxation and reverie.