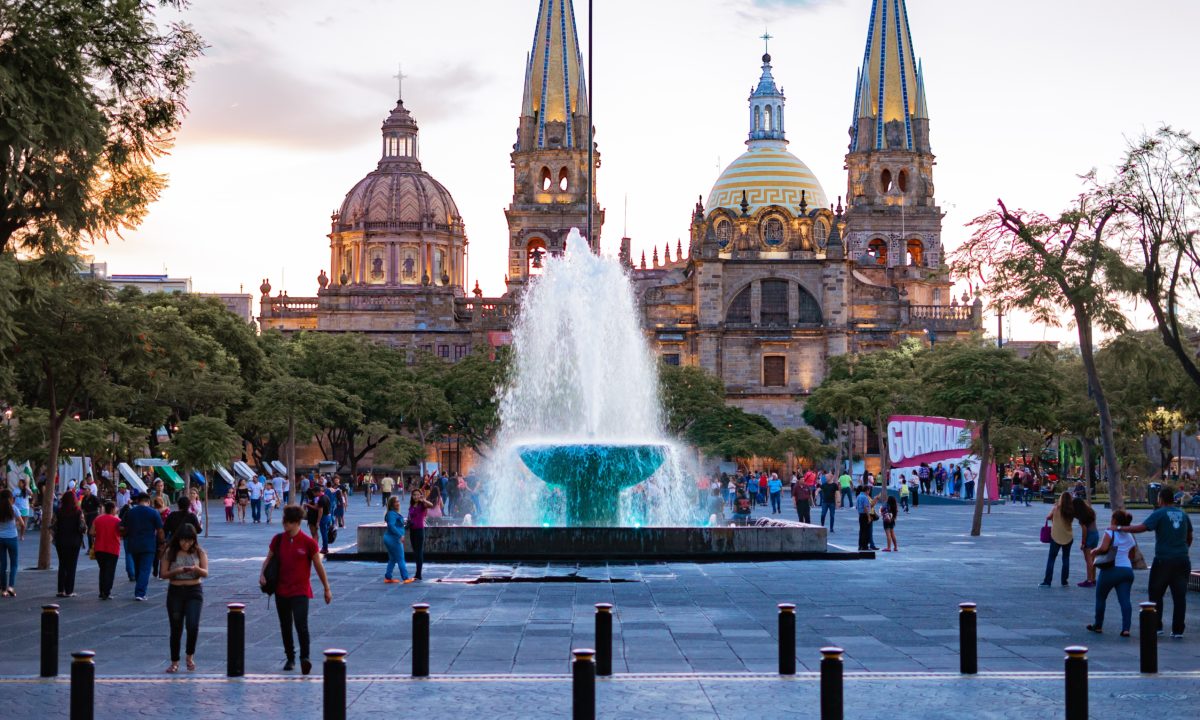 The birthplace of Mariachi music and tequila, a honeymoon spent in Mexico‘s second-largest city means that Guadalajara is on the itinerary. A perfect blend of modern and mosaic, Guadalajara underwent a major reconstruction in the 1950’s to make the city easier to navigate. Since completed, the project gave the city a modern facelift but left most of the authentic Mexican architecture and early-century landmarks. For a place that is both New World and historic, couples will find that Guadalajara is as affordable as it is enjoyable.

There is so Much to Experience on a Honeymoon in Guadalajara

Famous sites like The Hospicio Cabanas, Expiatory Temple, and the most recognizable site in all of Guadalajara – the two-pointed dome Cathedral – are folded effortlessly into Guadalajara’s current city model like the proverbial sugar on top. With numerous plazas to explore, colonial architecture to swoon over, scrumptious eats to gobble up, and authentic cantina tours to embark upon, Guadalajara is one of Mexico’s biggest metropolitan areas to honeymoon, but somehow remains charming with its atypical-meets-authentic personality.

Cantina Tours: What was once only open to the menfolk, honeymooners should be sure to take a cantina tour when in Guadalajara. Whether you hire a company or stitch together your own maze of authentic libations, this is one of the most fun ways to experience the ‘watering hole’ atmosphere of Guadalajara. Not for those looking to get dressed up and go clubbing, this is for those who want an authentic experience with cheap beer, excellent people-watching, great music, and incredible local food. Start with the oldest bar in the city centre, La Fuente, and work your way through plates of free botanas (Mexican tapas) and cheap beer.

Sightseeing: The historic downtown area is where most couples will head to get their fill of gorgeous architecture, cathedrals, squares, and public parks. Be sure to visit downtown Plaza Liberacion at nighttime since it is lit up like a romantic stage. Another must see? Visit the UNESCO World Heritage Site of The Hospicio Cabanas which was originally an orphanage but has since become a work of art (there are several galleries scattered throughout the courtyard too) with murals by Orozco dating back to the 1930s. From there, The Rotonda de los Hombres Ilustres and The Metropolitan Cathedral should also be considered stop-worthy.

Ancient Ruins: What is a trip to Central Mexico with a chance to see some ruins? Unlike other sites which have been over-groomed for tourists, Guachimontones are circular stepped pyramids about an hour west of the city (the second UNESCO World Heritage Site in Guadalajara) preserved much near their original state. Allowing honeymooners to feel like modern-day explorers seeing this place for the first time truly is a magical experience.

Best Time to Visit Guadalajara for a Honeymoon

March tends to be the driest month and July the wettest in Guadalajara; however, May tends to be the hottest with an average high temp of 91 degrees F. For those honeymooners who are having a winter wedding, this may be the best place to honeymoon since December through February sees averages in the upper 70s and 80s.