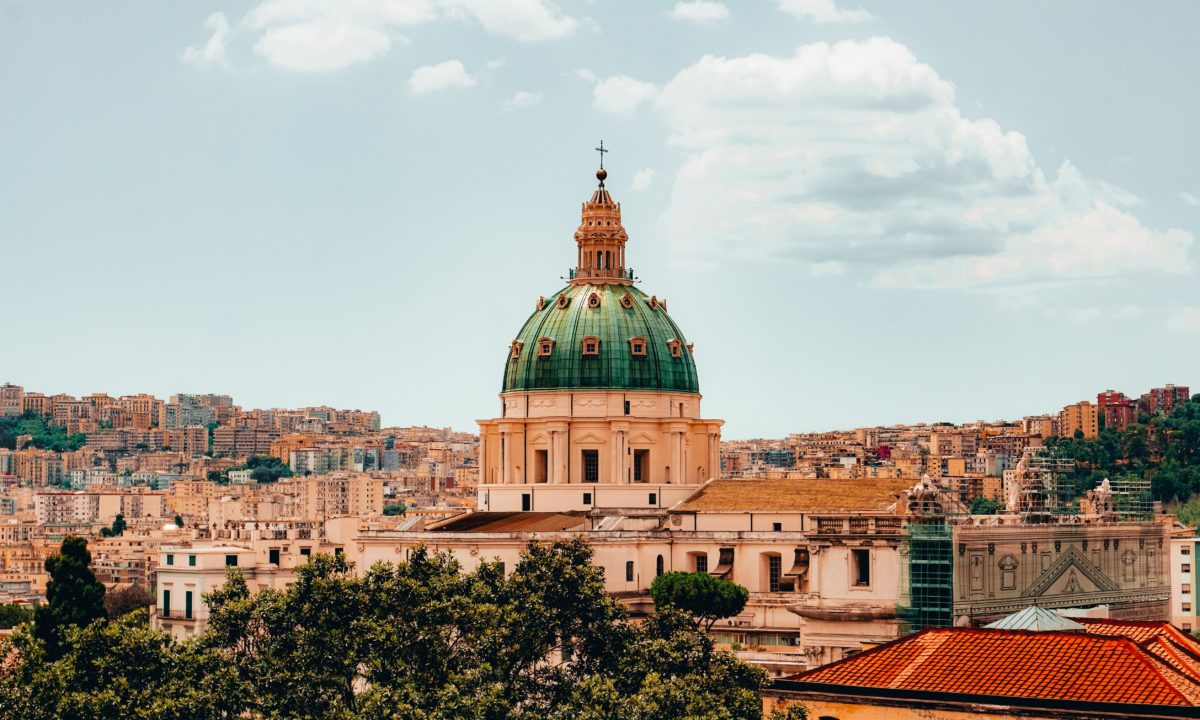 Start your new adventures together by honeymooning to one of the most romantic cities in Italy.

Naples has a reputation for being one of the most romantic places in Italy so it’s no wonder that honeymooners from all over the globe head to this southern Italy standout. From amazing opera to the entire city’s reputation as an open air museum the historic monuments and astounding natural wonders therein add to the beauty of this Mediterranean destination setting it worlds apart from any other place you’ve been.

The largest city in southern Italy, some honeymooners are surprised by its big-city feel upon arrival. And while it is still considered a destination on the rise, adventurist honeymooners will love the unpolished features of Naples’ authentic neighborhoods, artistic buildings, world-class theater and, ah yes, the ancient ruins.

Pompeii: This partially buried Roman town was lost for 1500 years until its initial rediscovery in 1599. Upon further excavation, so much has been discovered about life before the AD 79 eruption of Mount Vesuvius. From artifacts to engravings, and even casts of real life bodies that were perfectly encapsulated by the heat, this UNESCO World Heritage Site is one of the most popular tourist attractions of Italy drawing over 2.5 million visitors every year.

While the location of Pompeii isn’t in Naples, they are in the same province and only 26 minutes from the downtown area. Many couples like to take the train from Naples Central in order to get there. However, many people opt for hiring a private tour company to make the trip that much more seamless.

Herculaneum Ercolano: Oftentimes lumped into the same attraction listing as Pompeii, Herculaneum is sometimes more popular for a couple of different reasons. First, it’s only six minutes from downtown and its structure/ruins are better preserved because it wasn’t destroyed by the heat or lava from the eruption but more so the hot mudflow (silt). Because it was such a sudden change, the buildings here are left much better intact and while smaller, allows couples to explore the entire city on foot.

Naples Neighborhoods: Don’t worry, Naples isn’t all ash and happenstance. In fact, the city has gorgeous neighborhoods to explore and villages with amazing shopping and cuisine – much like what most people envision for this Italian getaway.

For instance, Spaccanapoli is a straight street that runs directly down the historic center of Naples. Best for early morning walks, honeymooners can get a full sense of this city’s artistic heartbeat by witnessing the street-side palaces, workshops, churches, street shrines, stores, and bars. For added historic appeal, the Centro Storico boasts the Palazzo Reale and the gorgeous churches of Gesa Nuovo, San Lorenzo and Santa Chiara.

Best Time to Visit Naples on a Honeymoon

Whether you stop here on a cruise ship or plan to spend many days here before heading into other parts of Europe, late April through early May is the ideal time. Not only is the weather mild and the crowds small, but ‘May of Monuments’ is also taking place. This month-long citywide cultural festival is dedicated to celebrating Naples by opening several monuments and collections that are typically closed to the public other times of the year. In addition, the city puts on special exhibitions, performances in historic venues, literary events, and city tours unique to this season.