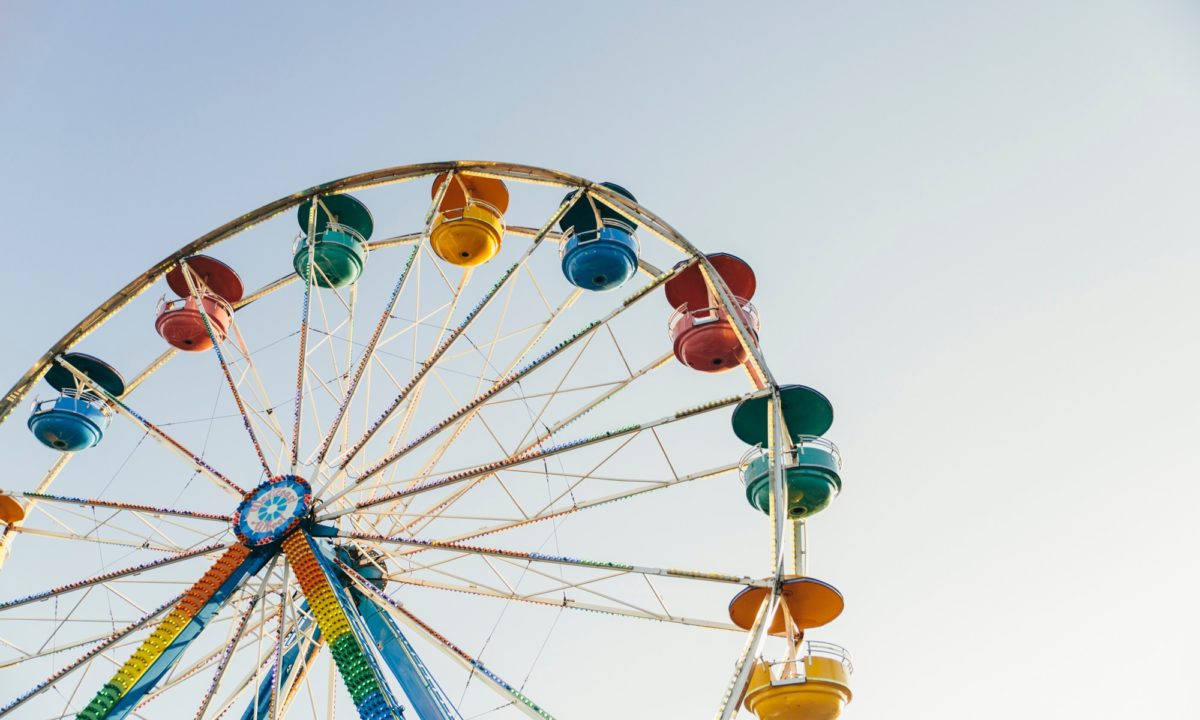 Roller coasters, spectacular shows, fireworks, and fairy tales; what’s not to love about planning a honeymoon at one of the many amusement parks in the US?

Roller coasters, spectacular shows, fireworks, and fairy tales; what’s not to love about planning a honeymoon at one of the many amusement parks in the US? Whether you head east, west, or somewhere in-between, couples will find that no matter the location, amusement parks do more than amuse they ignite amor.

Disney Does It Darn Well

You can’t deny that Disney knows how to create magic, and when you are newly married, Orlando is the place to see that marvel unfold. Whether couples want to split their time between each of the four resorts in the area as well as in-network water parks, shopping districts, concert venues, and restaurants, the choices are nearly endless and always entertaining. Some packages even include a Disney cruise to the Bahamas on the tail end of your stay. Whether you want to spend most of your time at Disney’s Magic Kingdom, Epcot, or the Animal Kingdom, this is one amusement park that should be considered a newlywed shoe-in.

So you are a purist; no need to explain yourself. It is understood that Disneyland is an iconic amusement park and for many couples ‘The Happiest Place on Earth’ holds more than just entertainment, it creates lifelong memories. From classic rides like the Haunted Mansion to Splash Mountain and the Matterhorn, couples who choose to go old-school realize that newer isn’t always better. Opened in 1955, this gem of a park is perfect for strolling, dining, and feeling like a kid again. Couples can get dual passes that allow them to experience Disney’s California Adventure (geared towards more high-powered rides) for a more diverse honeymoon experience.

For the Thrill Seeking Couple

If you want to leave the Mouse behind, then Cedar Point is the amusement park for you. Sandusky’s spitfire of a park offers 364-acres with 75 rides, ten shows, a water park, and 17 roller coasters. If you are looking for constant entertainment, Cedar Point has more rides packed into its sprawling square footage than any other park in the nation. With rushes like the Top Thrill Dragster (complete with an astonishing 120-mph, 400-ft. 90-degree drop), couples will have to explain why every photo has them with their hair blown back.

This isn’t just an amusement park packed with fluorescent rides and screaming roller coasters. While it does have some of the fastest rides in the country (i.e.: the Griffon), it should be noted that the beauty of this park really does steal the show. Separated into ten hamlets inspired by some of the most beautiful countries in Europe, (spanning from Scotland to Germany), couples can get the experience of walking in a well-manicured outdoor park between hair-raising rides. The perfect balance of calm and calamity, this is the park for couples who seek recovery time between body rushes.

For the Movie Buffs

So you love rides, but you love movie memorabilia more? Well, Universal Studios is your cup of tea. Rides like the Tower of Terror and Jaws will be top on your list, but don’t miss Universal’s Islands of Adventure, which is a sister park with rides inspired by Marvel super heroes, Dr. Seuss, and Jurassic Park.