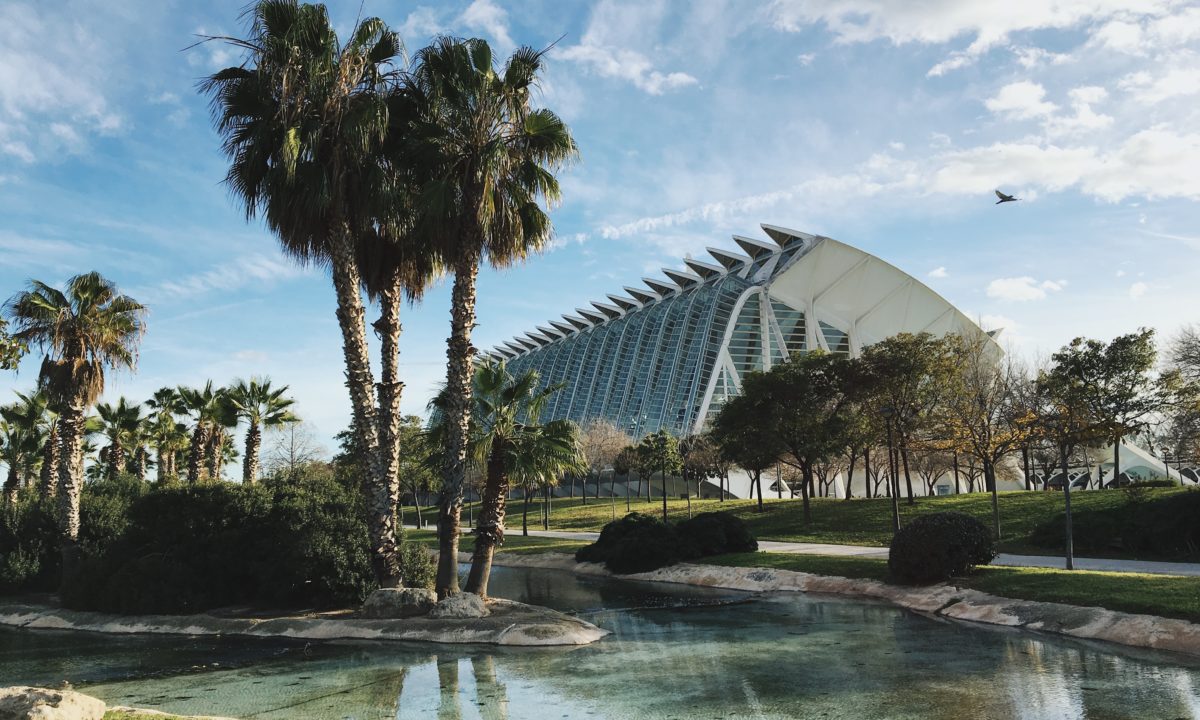 Plan your honeymoon to one of the oldest and most beautiful cities in the world.

Dozens of orange trees line the winding streets of Valencia, but the fragrant wind isn’t the only reason why this Spanish locale lures honeymooners from all over the world. Founded as a Roman colony in 138 BC, Valencia is one of the oldest and most beautiful cities in the world.

Between the architectural allure of a regal private palace found in Palacio del Marques de Dos Aguas and the futuristic appeal of the City of The Arts & Sciences to the popularity of the Valencia Cathedral and The Museum de Belles Arts de València, this city is truly the perfect meeting between history and avant-garde.

City of the Arts & Sciences – With an opera house, an IMAX theater, The Prince Felipe Science Museum, The L’Oceanografic, and Agora, you could nearly spend your entire honeymoon here and still not see everything. Modern and magnanimous, the exhibits will ignite your imagination and challenge your intellect. This city is for the couple that loves aquariums, science centers, live music, movies, and sporting events.

Architecture– There are so many beautiful buildings in Valencia to see, among them the palace Palacio del Marques de Dos Aguas, the ancient guard towers of Torres de Serranos, and the stairwell hike of Miguelete. However, Valencia is most proud of its UNESCO World Heritage Site found in the gothic gorgeousness of The Lonja de la Seda. A 14th century civic building with a rich history and a great hall adorned by twisted columns, this place isn’t just another building to see it is a national monument upholding the memory of Valencia’s most powerful time.

Central Market – One of the oldest markets in Europe, the Central Market is one of the purest and oldest representations of life in Valencia. From food stalls including meat, fish, seafood, vegetables, and fruits, couples can also drop into one of the many restaurants, tapas bars, and souvenir shops. Whatever you do, don’t forget to pick up a paella pan for the return home, or at least order it once a day since Valencia is known for this spectacular dish.

Valencia may be the third largest city in Spain and have an average of 217 sunny days per year, but don’t worry, it isn’t overrun by tourists. Locals make sure to be very protective of their history and of their tradition, evidenced by the traditional Catholic festivities held throughout the year. Holy Week here is known to be one of the most colorful. If you happen to be in Valencia in August, the La Tomatina, an annual tomato fight in the nearby town of Bunol, is a fun way to experience the culture. Since Valencian and Spanish are both the official languages of this place, be sure brush up on your language arts.

The subtropical climate here makes winters very mild and summers long and warm. With an average temperature between 50 and 68 degrees F in the dead of winter (January) and 82 to 93 degrees F during the warmest month of August, the weather here, year-round, is quite lovely. Late spring and early summer are probably best weather-wise, making June the most popular (and crowded) and early May the best time for honeymooners. Early spring and fall are privy to torrential downpours, so unless you love dancing in the rain, choose a different time.