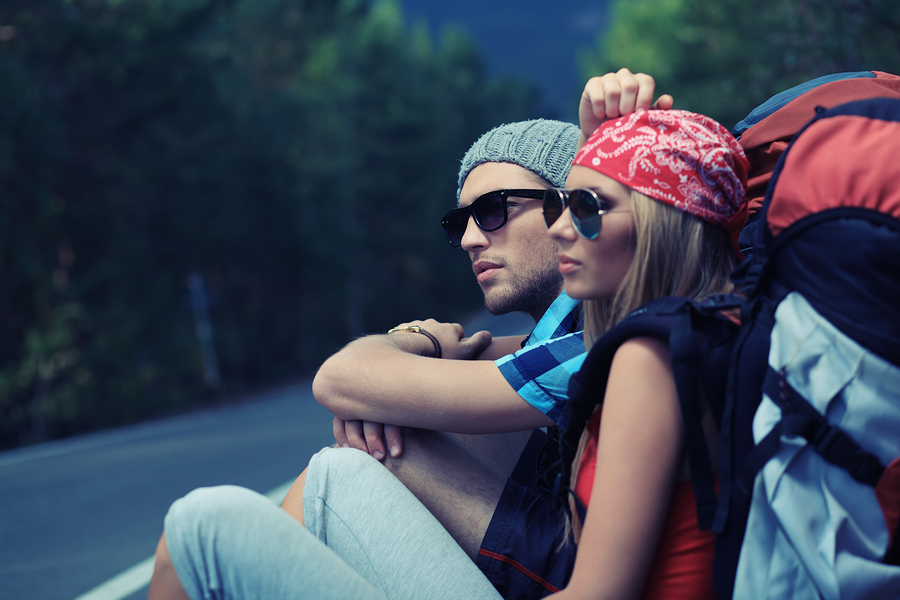 While a backpacking honeymoon will look different to every couple, Europe is a fantastic place to strap on your pack and explore, whether you decide to focus more on hiking and camping or sightseeing and hostel stays. 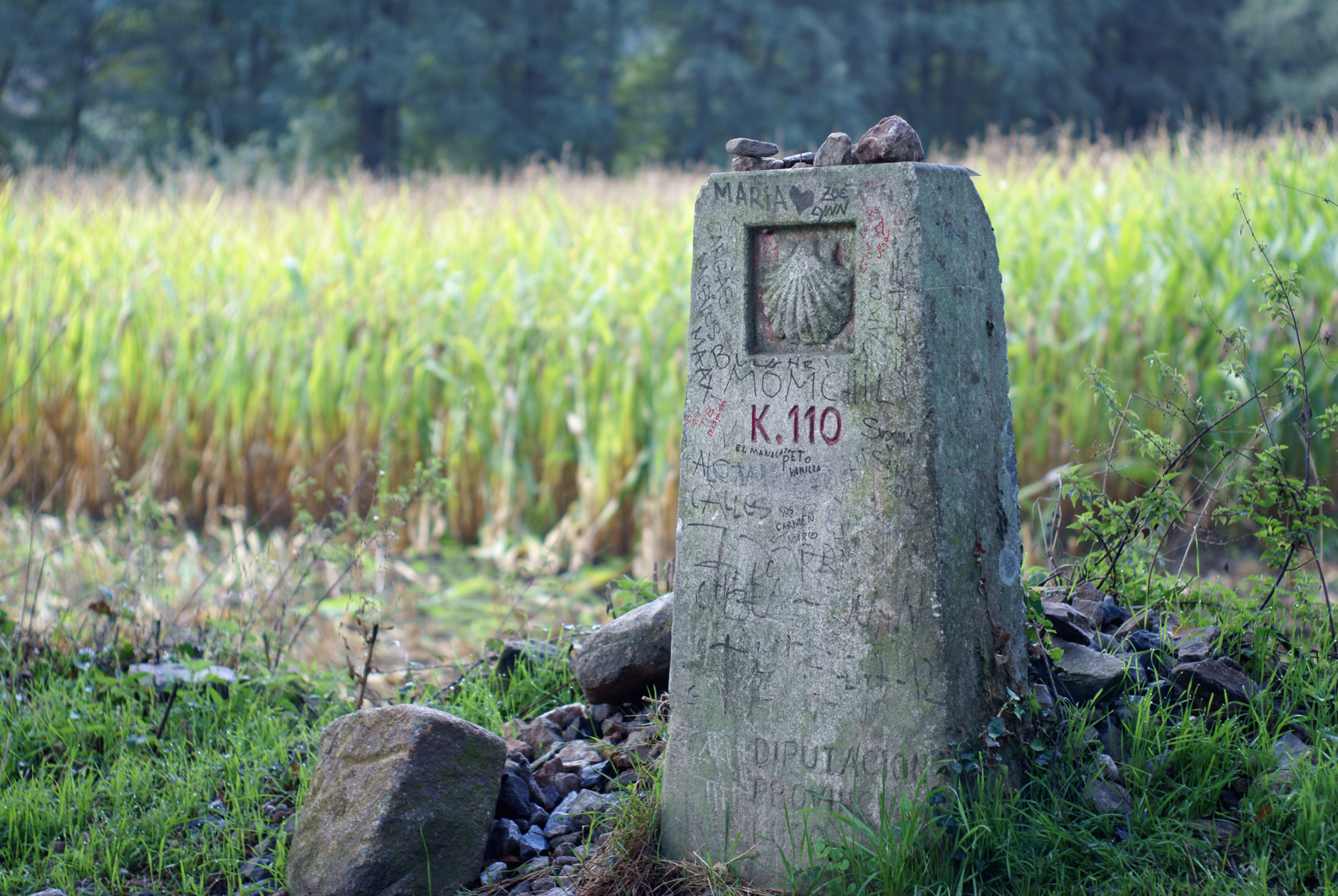 Based off of a medieval pilgrimage trail, the Camino de Santiago will take you from the Spain-France border across northern Spain to the cathedral in Santiago de Compostela. Today, more than 200,000 travelers make their way along the original route: most go on foot or by bike, while others travel by donkey or horseback. There are hostels and pilgrims’ houses scattered by the trail. If you’re looking for a fun souvenir, pick up a pilgrim’s passport, which you can have stamped at churches and tourism offices. Don’t forget to collect your compostela at the end to show that you’ve completed the route. 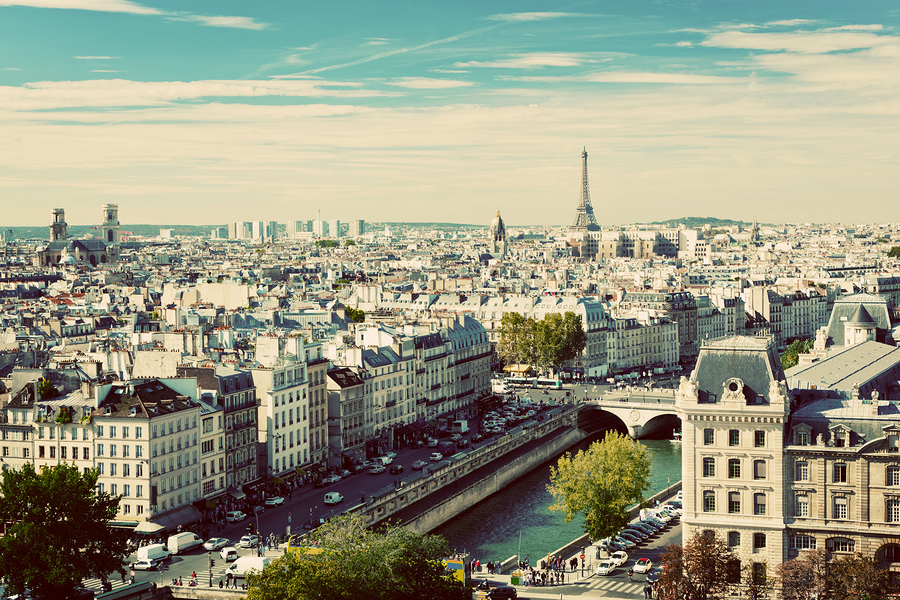 If you’ve never been to Europe before, this route will give you a fantastic sense of the culture, arts, and sights of the continent. Start off in Paris and linger by the Eiffel Tower as you sip a coffee each morning. Take in a few of Paris’ many museums, including the Louvre, or do something a bit different and go on a tour of the catacombs. As you make your way towards Italy, you have a few options: you can spend some time in the small French towns along your train route, or, if you’ve got time, you can stop over in Zurich, Switzerland, to explore the beautiful gardens, architecture, and museums there. Once in Italy, spend your remaining time near the border in Milan, Turin, or Genoa. Don’t miss out on the renowned Cinque Terre! 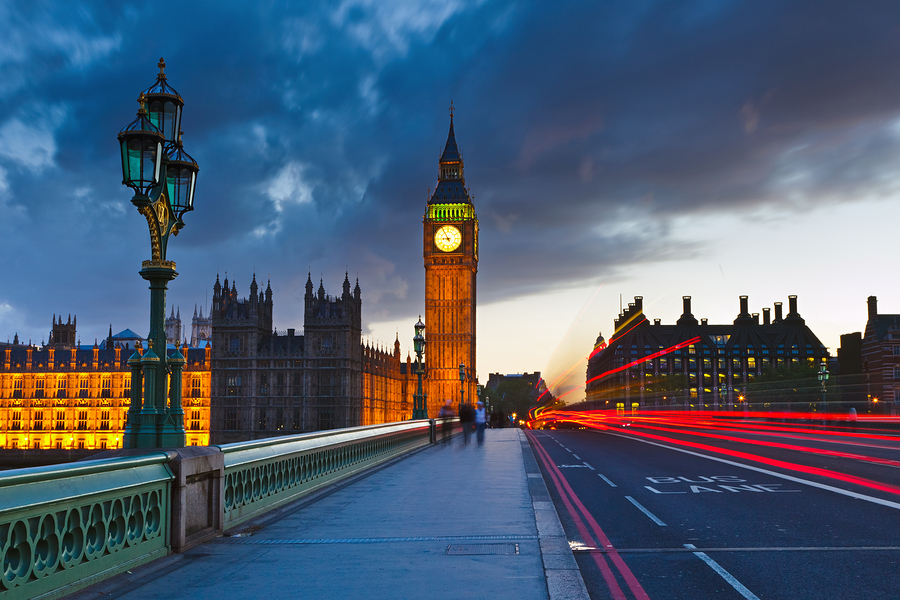 Thanks to the massive bus and train system running throughout the UK, you can easily make your way from London to Edinburgh, two of the UK’s most historic and attractive cities. While in London, take in Buckingham Palace, Westminster Abbey, and the London Eye before setting out towards Edinburgh. Whether you choose to hop from one town to the other via the bus system or via the direct train to Edinburgh, you’ll love the rolling green countrysides. In Edinburgh, ramble along the Royal Mile before exploring the city’s quirky cultural scene. If you’re up for a hike, the view from Arthur’s Seat makes the climb well worth it. 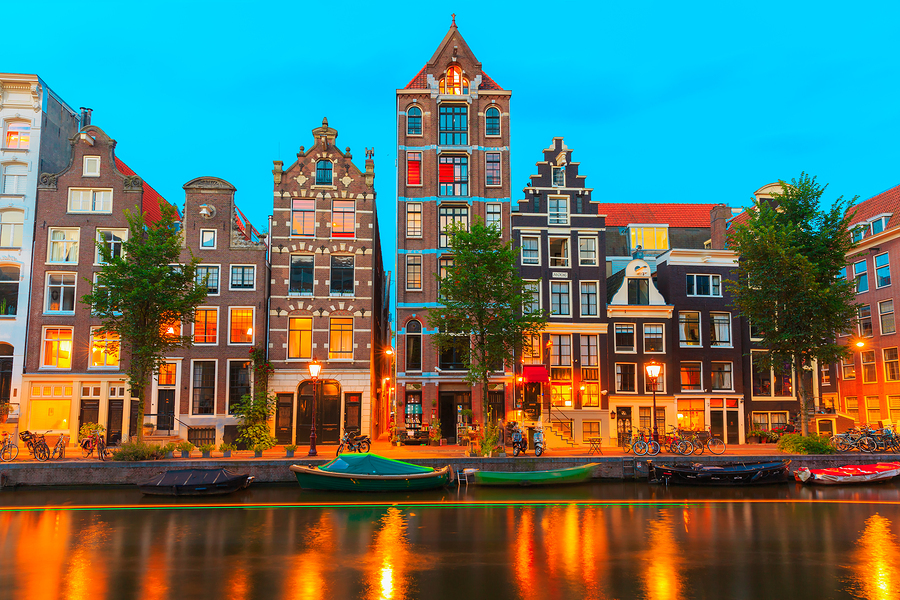 With your train pass in hand, you can hop from Paris to Amsterdam easily! After experiencing Paris, you can take in Ghent, Brussels, or Antwerp (or all three) before your final destination of Amsterdam. When in Amsterdam, see the city by bike or tour the many canals via boat. For those interested in history, the Anne Frank House and Van Gogh Museum provide insight into Amsterdam’s more recent past. 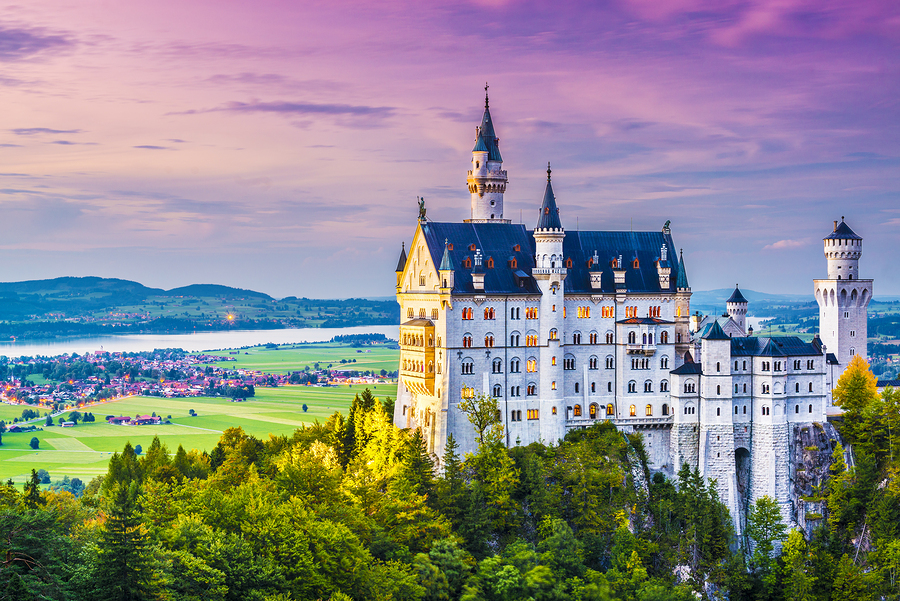 What better way to spend a backpacking honeymoon than on a trail called the Romantic Way? This beautiful stretch of road in the heart of southern Germany winds 220 miles from Würtzburg to Füssen. Along the way, you’ll see picturesque Bavarian villages, the stunning Alps, and dozens of castles and historic homes (the most famous of which is King Ludwig’s unfinished Neuschwanstein). 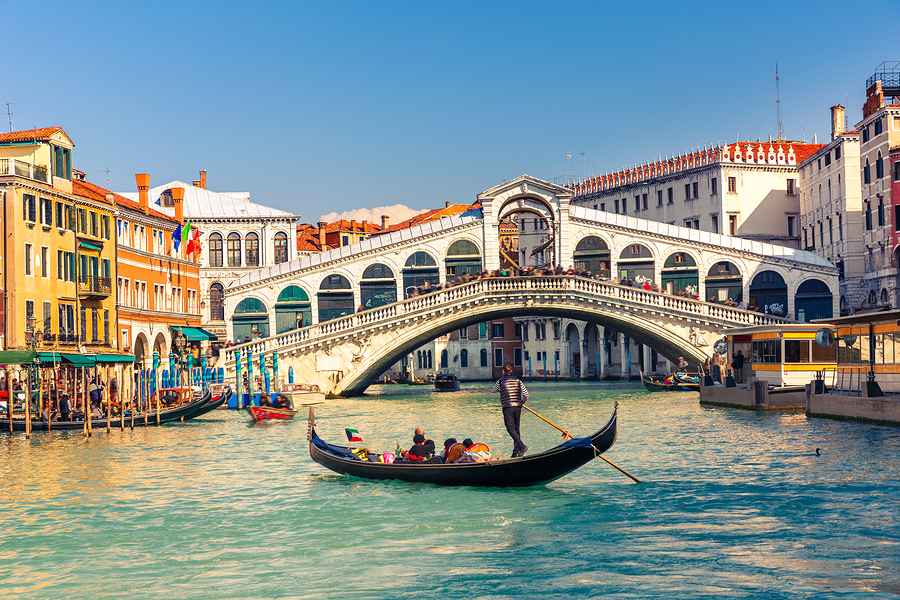 In Rome, you can visit the Colosseum and Pantheon, then head north to Florence. There, you can walk in the footsteps of the Renaissance masters, viewing Michelangelo’s David and Brunelleschi’s Florence Cathedral, plus the numerous early Renaissance pieces in the Uffizi. Continue north with a stop in the fashion center of Milan before exploring the romantic canals of Venice, including the Rialto Bridge and Piazza San Marco. Make a quick stop in Bologna to tour its medieval streets and towers before heading back to Rome. 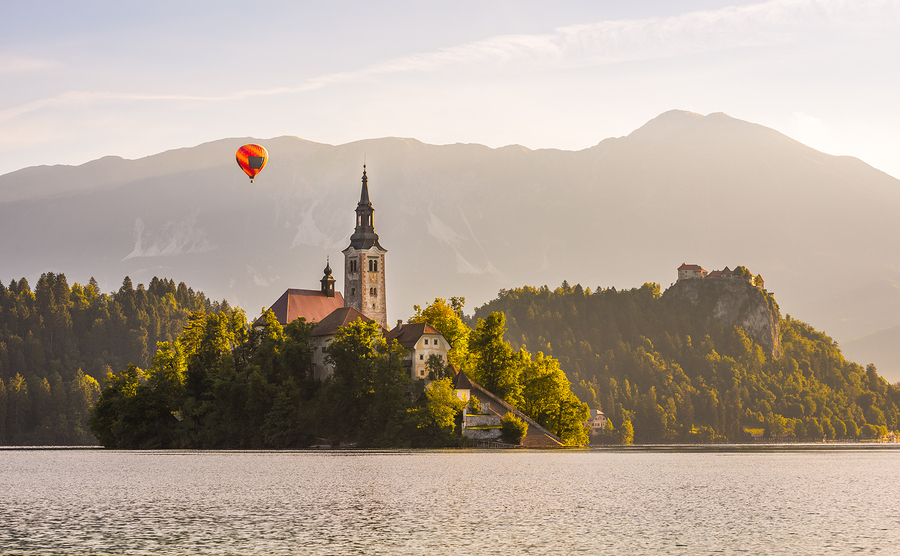 Get the best of Eastern Europe with this backpacking trip through Hungary, Croatia and Slovenia. Begin your trip with some time along the banks of the Danube River, with the rolling hills of Buda on one side and the flatter Pest on the other. Next, head down to Zagreb, Croatia’s capital. Here you’ll find the city’s iconic red tile roofs, pedestrian streets and delicious food. Marvel at the Zagreb Cathedral before having lunch at one of the cafes lining Ban Jelačić, the city’s main square. Finish your backpacking trip on the shores of beautiful Lake Bled in Slovenia: hike in the nearby Julian Alps or take a tour of Bled Castle. 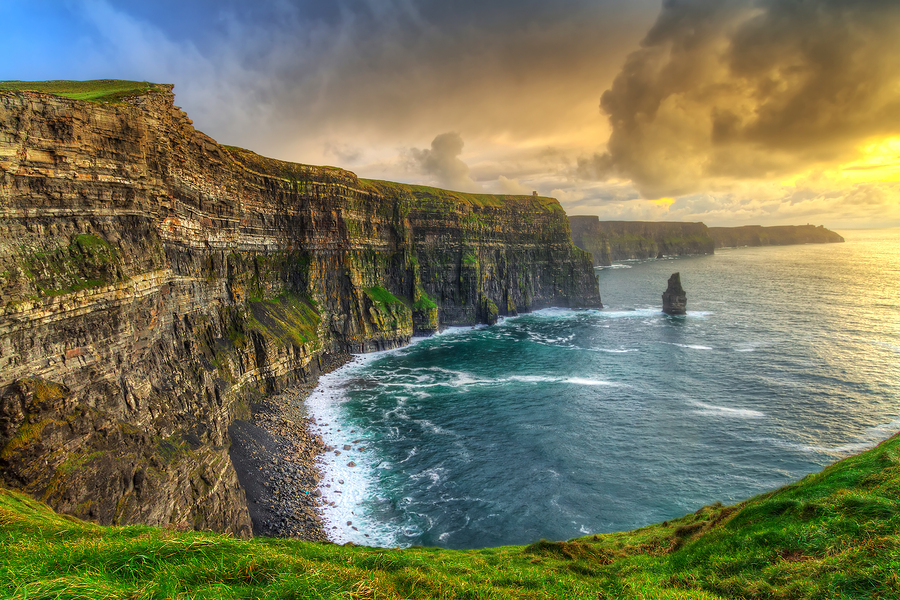 Dublin is a fun place to visit, but to see the best of Ireland, you’ll want to head out of the city. The Wild Atlantic Way, which stretches 1600 miles along Ireland’s western coast, is filled with dramatic cliffs, quiet coastal towns and windswept plains. Do the entire route or try one of the 14 stages. Along the route, you’ll have the chance to experience Ireland’s legendary hospitality and perhaps learn a few phrases in Gaelic. 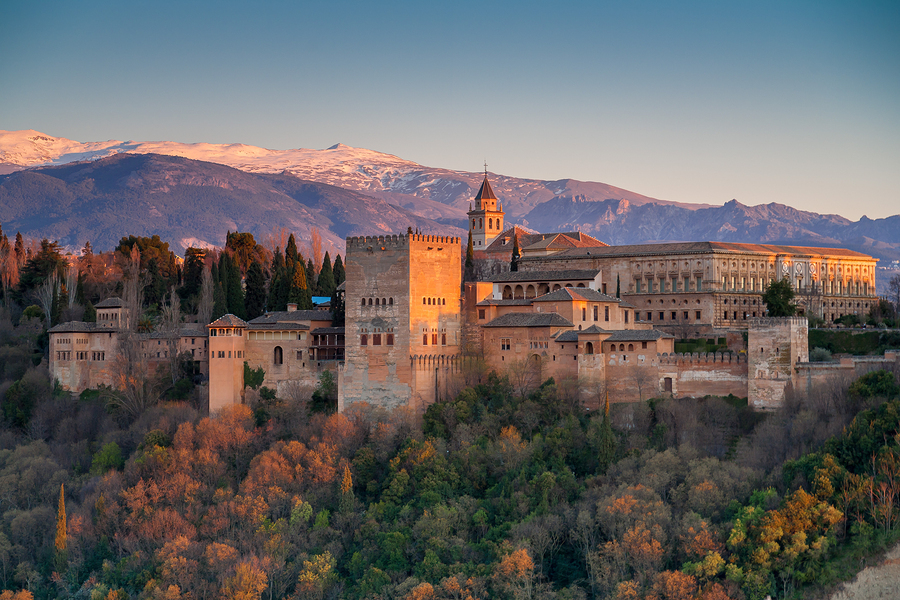 Experience the history of the Alhambra, the thrill of the flamenco and the flavorsof tapas on this trip through Spain. Begin in the capital city of Madrid, where you can walk the elegant boulevards of this cultured city. Next, go south to Seville, the birthplace of flamenco. Make a quick trip to nearby Grenada to visit the Alhambra, a stunning Moorish palace and fortress. Finally, get lost in the winding streets of Barcelona’s Gothic quarter before stopping to admire the continuing construction of Gaudi’s Sagrada Familia church. 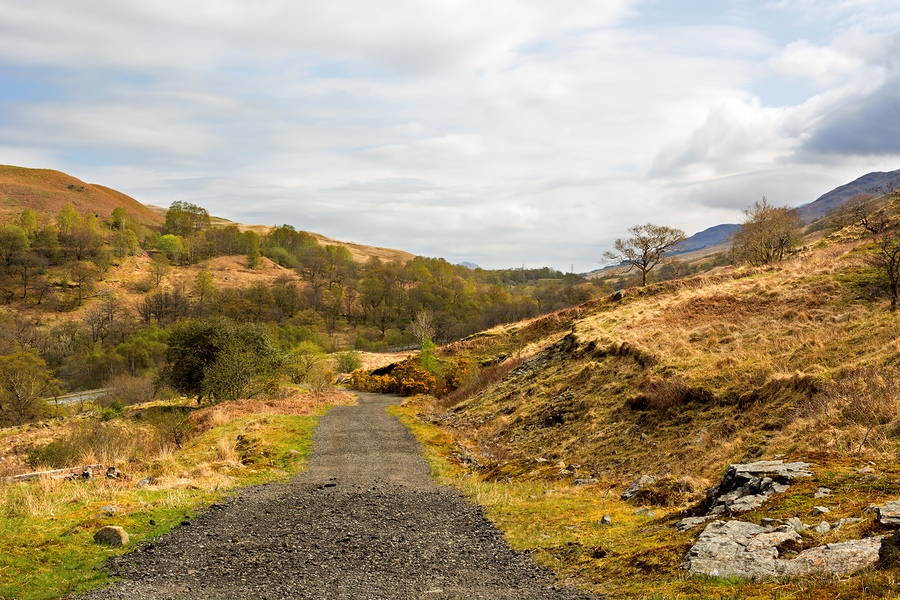 The 93-mile route known as the Great Highland Way is a gorgeous introduction to the Scottish Highlands. The oldest of Scotland’s long distance trails–and one of the most beloved–you’ll hike past some of the country’s most iconic natural sights, including Loch Lomond, Ben Nevis (the tallest mountain in Scotland), and Rannoch Moor. Each of the eight stages takes about a day to complete and there are plenty of campsites, hostels and B&Bs along the way for when you get tired.