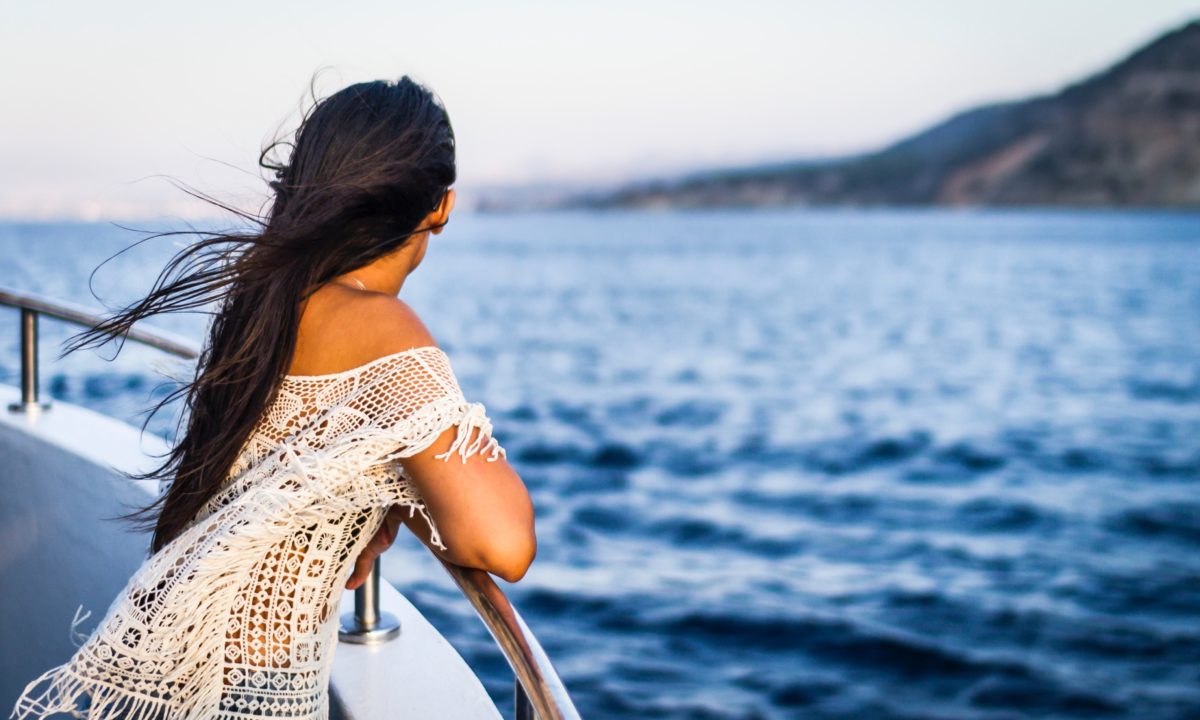 There are so many different cruises out there. But which is the best honeymoon cruise for you?  Some of the most popular cruises are to warm, tropical beaches in the Caribbean and South Pacific.  But if that’s not your vacation jam, you’re going to love these amazing cruise itineraries to wondrous destinations.  We’ve assembled 10 honeymoon cruises that are out of the ordinary.

Pack some snuggly layers and visit the crystal clear glacier waters of Alaska’s Inside Passage.  Most cruises stop into a couple of different small towns in Alaska, as well as Victoria or Vancouver, British Columbia. The excursions on these cruises are ideal for outdoorsy couples who like getting up close and personal with nature.  Make sure to spend plenty of time on the decks breathing in the brisk air and savoring the dramatic views.

Although summer is often thought of as cruise season, cruises traveling from Halifax to Florida during autumn are all about capturing the charm of fall foliage.  The weather starts out crisp and refreshing along Canada’s eastern coast and warms up as you stop into South Carolina and Florida.  It’s a terrific respite for brides and grooms looking to warm up a little after their cool weather wedding and see a new landscape in the process.

These islands off the coast of Spain are gorgeous, but because they aren’t as accessible as other European destinations, are often overlooked. A cruise throughout the Canary Islands will put you in touch with all of the beautiful elements of Spanish culture, as well as treat you to some pretty delicious seafood!  Explore the open air markets along the cobblestone streets of the smaller towns.  You can even ride a camel on a shore excursion!

Want to make a European honeymoon even more magical? Travel by ship! You will stop into some of the Baltic Sea’s most exciting cities, such as Oslo, St. Petersburg, and Copenhagen.  It’s sort of like your very own version of Doctor Zhivago without all of the dark and depressing parts.  Some cruise lines also offer off-season cruises to some of these cities for the Christmas markets. Bundle. Up.

This honeymoon isn’t in the tropics, but it sounds like paradise all the same. Imagine crossing the Atlantic Ocean, visiting once-in-a-lifetime destinations like Reykjavik, Paris, and Ireland.  Some destinations have arranged excursions, others have suggestions over where you might wander to for the best day ever.  Either way, don’t forget to make all of your Instagram followers insanely jealous with frequent photos.

This exotic honeymoon cruise stops into ancient cities like Jerusalem and luxurious ports like Dubai. Traveling down the Suez Canal to unique ports-of-call will make you feel like you are in an old black and white movie. Surrounded by mystery and magic, this honeymoon will be unforgettable!

Sometimes it can be intimidating to visit countries where you don’t speak the language. Put yourself at ease when you travel via cruise. Excursions will be set up for you–saving you the stress and anxiety of traveling around unfamiliar cities.  Although you will have some time to explore ports like Phuket and Singapore on your own, you will love the convenience of having someone else do the heavy lifting!

Around the Horn of South America

Admittedly, this might not be the voyage to undertake if it is your first cruise or you know that you get motion sick, as the waters can be rougher here than other destinations. However, sailing around the horn of South America is something relatively few people have done, compared to some of these other cruise destinations. For couples who love adventure and travel, this is definitely one cruise to check off your bucket list!

There are many different cruises around New Zealand that vary depending upon your length of vacation. But most stop in Wellington (pictured above) as well as more ‘remote’ excursions to discover all of the lush greenery and magnificent landscapes that make New Zealand such a desired destination.

Maybe sailing the open seas isn’t quite your speed. Perhaps you prefer to closer to the scenery you are passing by. If so, consider a river cruise through Europe. These small boats sail along the Danube (above) and Rhine River, stopping at Europe’s most popular cities along the way.  It’s an entirely different perspective on Paris, Vienna, and Switzerland to see the city from the river’s vantage point.  Because there are not as many cruise lines that offer these types of cruises (and each boat has far fewer staterooms that a traditional cruise ship), this voyage will be a bit more expensive, but definitely worth the price tag for the experience!