Can you believe it’s almost 2016?! Color us stunned!  Despite the fact that we don’t know where the last year has gone, we are super excited for all of the wedding trends we expect to see next year. These trends tell us that couples are deeply invested in creating a personalized event that also allow them to show their appreciation to friends and family. No longer are most couples interested in hosting a spectacle, rather they just want a wedding that is special. 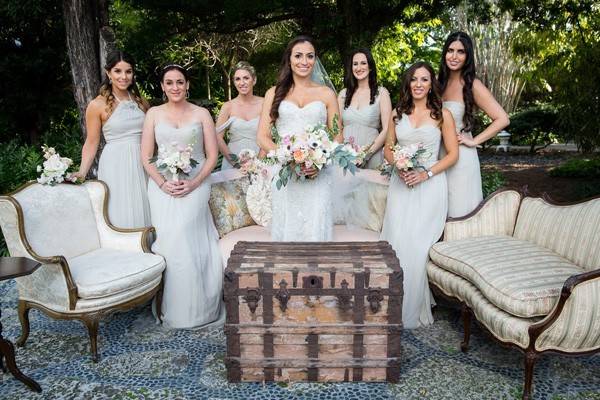 The latest in glamorous luxury is less about an ornate reception with loads of ‘wow’ factor, and more about creating a peaceful, tranquil environment. Using creamy neutrals, soft fabrics, and plenty of open space, these events almost feel more like a day at a spa than a posh party.  If last year’s luxe events could be classified as ‘rustic chic,’ this year will be about ‘zen glam.’

Use of Vertical Space 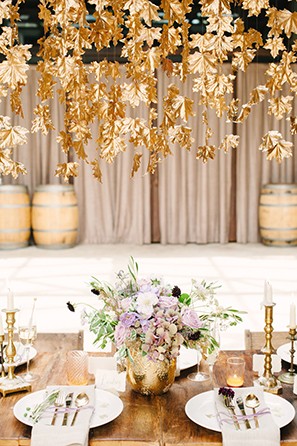 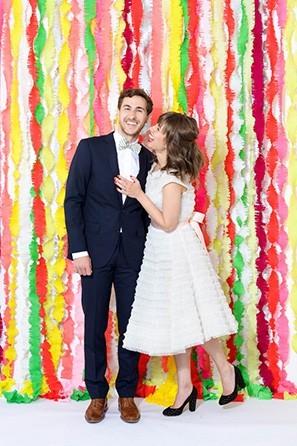 More than ever, couples will get creative with all of the available space in their venues. From hanging installation of lights or flowers to elaborate photo backdrops, vertical space has never been more in demand.  So, when you attend weddings next year, remember to look up!

Don’t get us wrong, some couples can’t avoid a guest list that rivals most people’s followers on Instagram.  However, today’s couples are more focused on providing a high-quality event to a more select group of friends and family than a large-scale party with more affordable details. For some couples this means a city hall ceremony followed by a sit down dinner afterwards, for others a destination wedding weekend. Either way, it’s reflective of wanting a more intimate affair.

Speaking of wedding weekends, we expect to be seeing plenty more of them in 2016. Especially when the majority of their guests have to travel to their event, the couple is making more of an effort to take care of their friends and family. These weekends aren’t normally fancy (few of us could afford that), but are filled with sweet gatherings at the local pub or lawn games in a family member’s backyard. 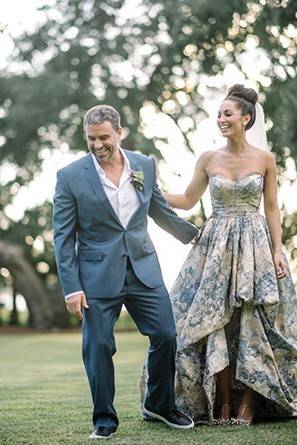 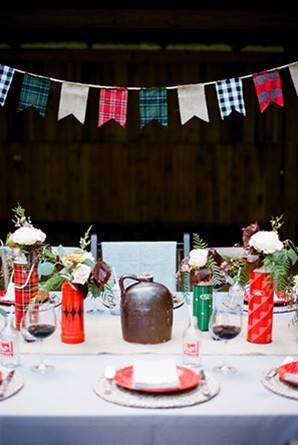 We were so excited to see floral print wedding dresses on the runways. For several seasons we have gone totally gaga over patterned bridesmaid dresses, and loved that the bride is getting in on all the fun! But the prints won’t stop at fashion in 2016. You are sure to see pattern-dominated details throughout paper goods, place settings, and centerpieces. 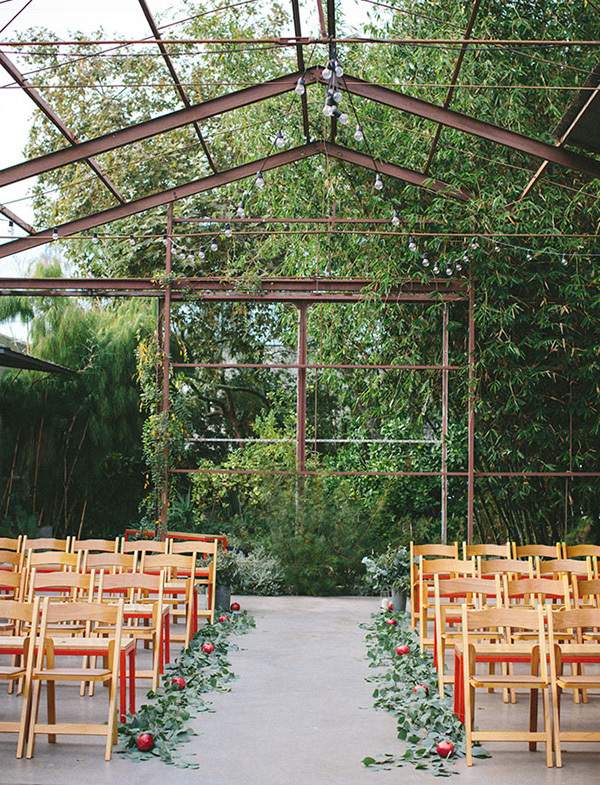 Farewell to barns, and hello to wide open spaces!  Couples wanting a rustic wedding in 2016 will seek out venues where the outdoors plays a starring role.  From greenhouses to vineyards, expect plenty of fresh air ceremonies and receptions.

The modern engaged couple doesn’t want to be weighed down by a bunch of stuff they aren’t going to use. This means a rise in both non-traditional registries (such as a honeymoon registry) and in eclectic lists.  Even when couples are using a traditional registry, don’t expect to see the usual gifts. Rather than fine china, there might be backpacking equipment. And instead of umbrella stands and butter dishes, you might see board games and area rugs.  Couple want well-designed products that they will use frequently, not a clutter of gifts in their closet.

Say it With Cake 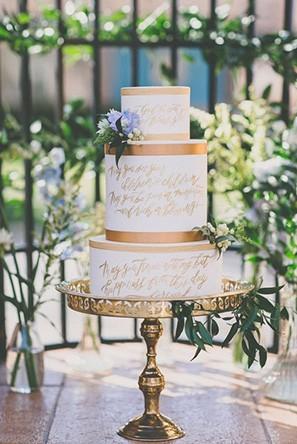 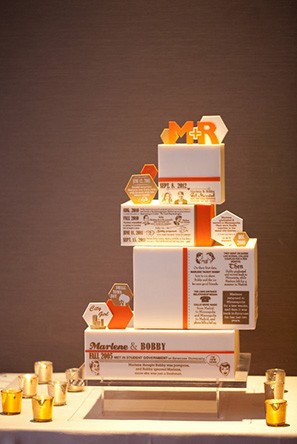 The latest in wedding cake trends is all about expressing your love story. Whether your cake features one of your favorite romantic quotes or chronicles your entire relationship, these cakes are more than just towers of yummy buttercream. 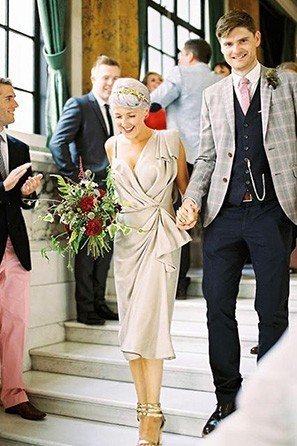 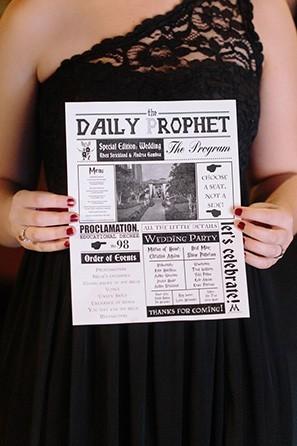 We recently asked a group of brides how they would describe their wedding style. The most popular answer? Unique.  Let your freak flag fly, engaged couples. Design the wedding of your dreams, not a carbon copy of something you see in a magazine. Increasing numbers of brides and grooms are seeking out unconventional venues and creative themes for their big day. Harry Potter weddings? Why not! A ceremony in a bowling alley? Sure!  2016 will be the year that more couples than ever before design a wedding that they truly love. 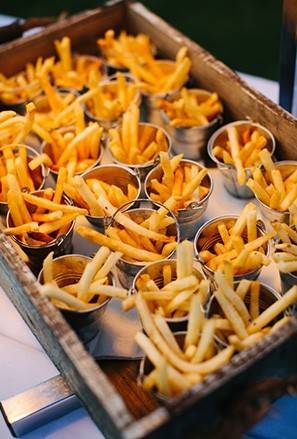 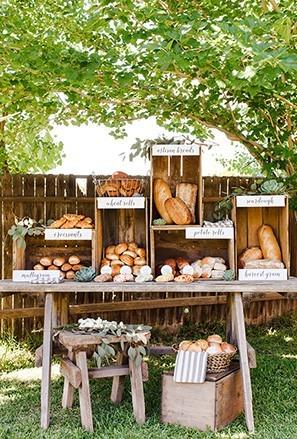 Although you might not see a lot of highly-organized food stations in 2016, there will continue to be a wide selection of food served at weddings. The average wedding serving is no longer serving banquet plates of chicken or fish.  Instead, couples are picking food they love and eat every day. They want their weddings to reflect who they are, from the hamburgers at their fave food truck to antipasto plates that remind them of their trip to Italy.

What 2016 trend are you most excited to see?