Lessons Learned in the First Year of Marriage

I hardly know where to start. As incredible as it seems, the husband and I are coming up on our one-year anniversary – fast. 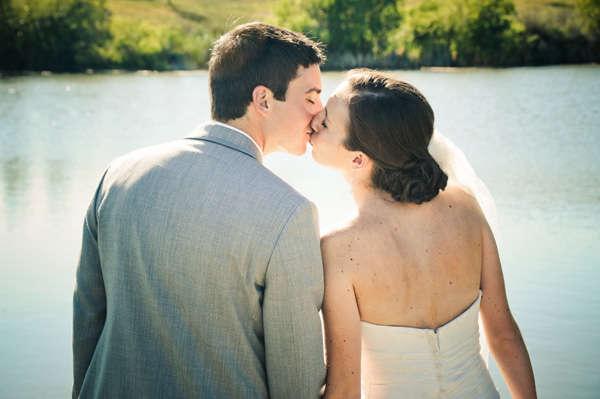 I hardly know where to start. As incredible as it seems, the husband and I are coming up on our one-year anniversary – fast. It’s almost impossible to believe that we’ve already been married for a whole year when it seems like just yesterday we were meeting up at the end of the aisle to say our vows.

Which reminds me that I still haven’t gotten my dress preserved. Fail.

But being married has taught both of us a lot – and, because I love a good list, here are our (very humble) top three ‘lessons learned.’

1. Conflict is not about the competition, it’s about the resolution. It can be so easy to try to ‘win’ in conflicts. But all that does is prolong the conflict – and cause more hurt and damage in the relationship. This is something we’ll probably both have to work on forever, but it really hit home for me a few weeks ago when I spent some time with a couple celebrating their 38th anniversary (so cool). Their one piece of advice was this: it’s better to be happy than to be right.

2. Learning your spouse’s love languages is one of the most important – and most fun – things you can do for your marriage. We all communicate our love and respect for each other in different ways and getting to clearly give and receive that love and respect to your husband (or wife) can be so gosh-darn rewarding. There will probably always be days where I forget that Shayne helping with the dishes is him reminding me how much he cares about me, or where he forgets that me wanting to hang out with him all the time is me doing the same, but figuring each others’ mother tongues out has been one of the best parts of our relationship.

3. Being married to your best friend is the best. We definitely considered ourselves to be ‘best’ friends before we got married – but a year later, it doesn’t even feel the same. The understanding we’ve gained from and about each other, the experiences we’ve had and adventures we’ve shared together – the inside jokes and the fact that sometimes I swear we can read each others’ minds (okay, and sometimes we are truly speaking different languages) – mean I can truly say now that he is the best friend I’ve ever had.

I could definitely go on for another four or five or fifteen lessons – but I won’t bore you. Because it’s pretty obvious to us both that we still have a lot to learn. And my best guess is that in a year or two, this list will change entirely because we’ll have learned new things and be in a new place and those lessons will be just as important to us then as these are now.