It is officially three months (plus, of course, several days) past New Year’s, and I’m glad I didn’t make any resolutions. Why? Because I have a sneaking suspicion I wouldn’t have kept them. New Year’s resolutions and I have that kind of a relationship: made and broken before you can blink. 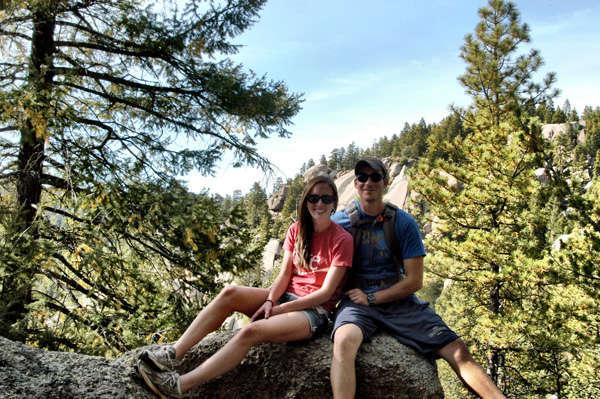 It is officially three months (plus, of course, several days) past New Year’s, and I’m glad I didn’t make any resolutions. Why? Because I have a sneaking suspicion I wouldn’t have kept them. New Year’s resolutions and I have that kind of a relationship: made and broken before you can blink. I stopped making them a few years ago when I realized that all I was doing was setting myself up for failure – and then making a habit out of it.

Instead, these days, I make goals.

Don’t laugh – because I know that resolutions and goals are kind of, more or less, really the same thing. But somehow, in the tangle of things that make up the way my mind works, they are very different.

Honestly, it’s probably all about how I approach them. Goals always end up written down on a list, with specific information and deadlines if possible. Resolutions…well those tend to happen somewhere in my mind and are occasionally shared verbally with another person (say, at a New Year’s Eve Party), but I don’t think I’ve ever made a single note in my iPhone about a resolution – let alone pick up a pen to write it down!

This year, Shayne and I made some goals together. We broke them down into several categories – relational, financial and fitness for examples, although there were a couple more – and then we spent a couple hours one afternoon talking about what we saw as important in each category. We also made individual goals based on similar categories, but it was the goals that we made together that really stand out to me.

It was exciting to talk about the things that are important to us as a married couple – and even more exciting to set standards for ourselves and define some specific things we would like to achieve together. Like saving money and developing our friendships and (this is one that I’m so excited about!) training for and running a 5k together this spring. How much fun it that?! We’re on the same team in everything (is that the definition of ‘marriage’ ? I beginning to think it might be.), but sometimes being on a team means that you have to know what you’re working towards, and this was a great way to evaluate what we do with our time and energy and tackle some things that are meaningful to both of us. It was also fun to learn more about what we each wanted to accomplish on an individual level and figure out how we could support each other along the way!

And, because these are not, no way, resolutions, guess what I did?

I pulled out a pen, some paper, and I wrote them down. These goals won’t be fading into the shadowy corners of our minds any time soon!

How about you, Delightfully Engaged? Do you set goals? Have you set any with your future spouse? I promise, it’s a lot more fun than it might sound up front!