Religious, Spiritual, and Civil Wedding Ceremonies: What Makes Each Different? 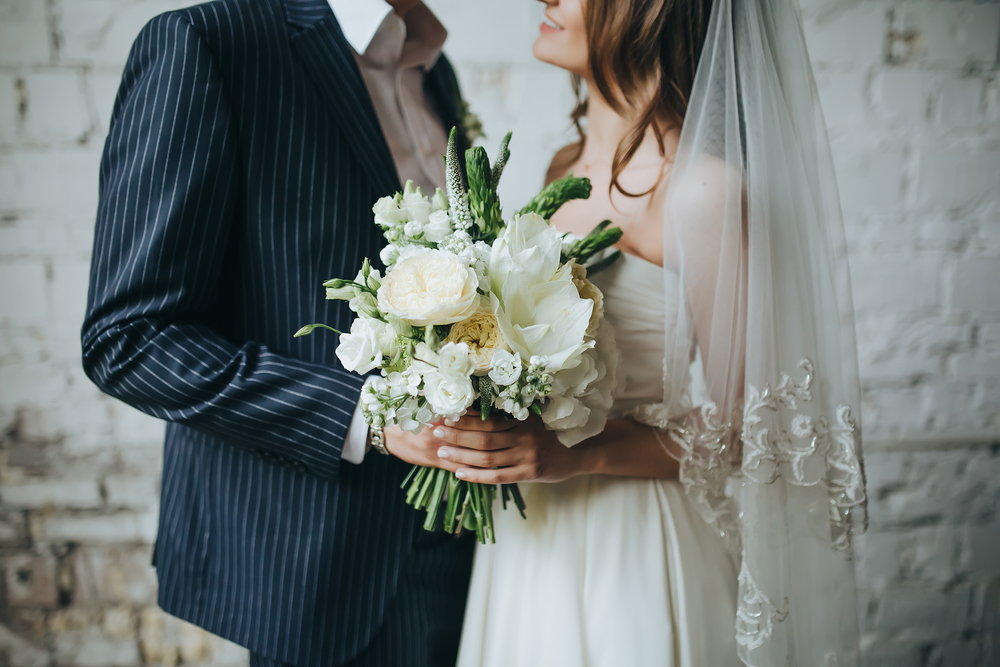 Think about a traditional American wedding and you’ll likely envision a couple standing in front of an officiant in a house of worship. Most brides and grooms decided to follow the guidelines for a religious ceremony for centuries, but now that idea is shifting. Because fewer people associate closely with a particular faith, and as it’s more common to marry someone with their own beliefs and traditions, couples are planning different types of weddings, including those with spiritual and civil ceremonies, which meet the legal requirements for marriage but aren’t based in a particular religion. We’ve broken down the differences between religious, spiritual, and civil wedding ceremonies so that you can choose the best option for your big day. Here’s a quick tip before we dive into the differences between ceremonies—regardless of the ceremony style that’s right for you, be sure to communicate what your guests can expect on your wedding website. If you plan on having a ceremony that most of your guests won’t have experienced before, spending some time going through the details will help that be more present on the big day.

If the bride and groom follow the same faith, or if they’re looking for a traditional wedding, they’ll likely choose a religious ceremony—meaning they’ll tie the knot in accordance with the customs and guidelines of the particular faith. Since many religions view marriage as a holy act, the bride and groom must typically meet certain requirements before marrying in a place of worship; for example, one or both of you will likely need to practice the religion of the church, mosque, or synagogue. Religious ceremonies are beautiful, elegant, and meaningful—but keep in mind that you may have less freedom in terms of dress code, song choice, and vows. Additionally, religious ceremonies aren’t binding by law, and you’ll need to get a marriage license to legally and officially become a married.

Say a couple isn’t religious, they desire complete creative control over their big day, or they follow extremely different religions and don’t want an interfaith wedding. Since faith-based ceremonies are likely out of the question, the bride and groom are left with two options: a civil ceremony or a spiritual ceremony. In a civil ceremony, a bride and groom get married under the law instead of under God. The wedding is often conducted by a government official like a Justice of the Peace, Notary, Judge, or County Clerk, which makes it legally binding. Since the non-religious ceremony doesn’t need to follow certain traditions, a couple has greater freedom to customize their venue, vows, attire, officiant, music, and more. Some couples choosing a civil ceremony tie the knot in City Hall or a courthouse, but these types of ceremonies can be held anywhere.

Some couples don’t adhere strongly to a particular religion, or they may consider themselves spiritual but not religious. If the bride and groom decide not to wed in a civil or religious ceremony, they may opt for a spiritual one instead. The wedding won’t follow the traditions of a particular faith, so the couple can customize every detail as they please. They may even include some aspects of traditional religious weddings, like an opening prayer or a ketubah signing, but they still have complete creative control in accordance with their beliefs. Like civil weddings, spiritual ceremonies can be held anywhere, and a government official usually presides over the nuptials. Friends or family members can also become ordained and marry the couple. The wedding will be legally binding as long as it’s done according to the law.