The Meanings Behind Popular Wedding Traditions 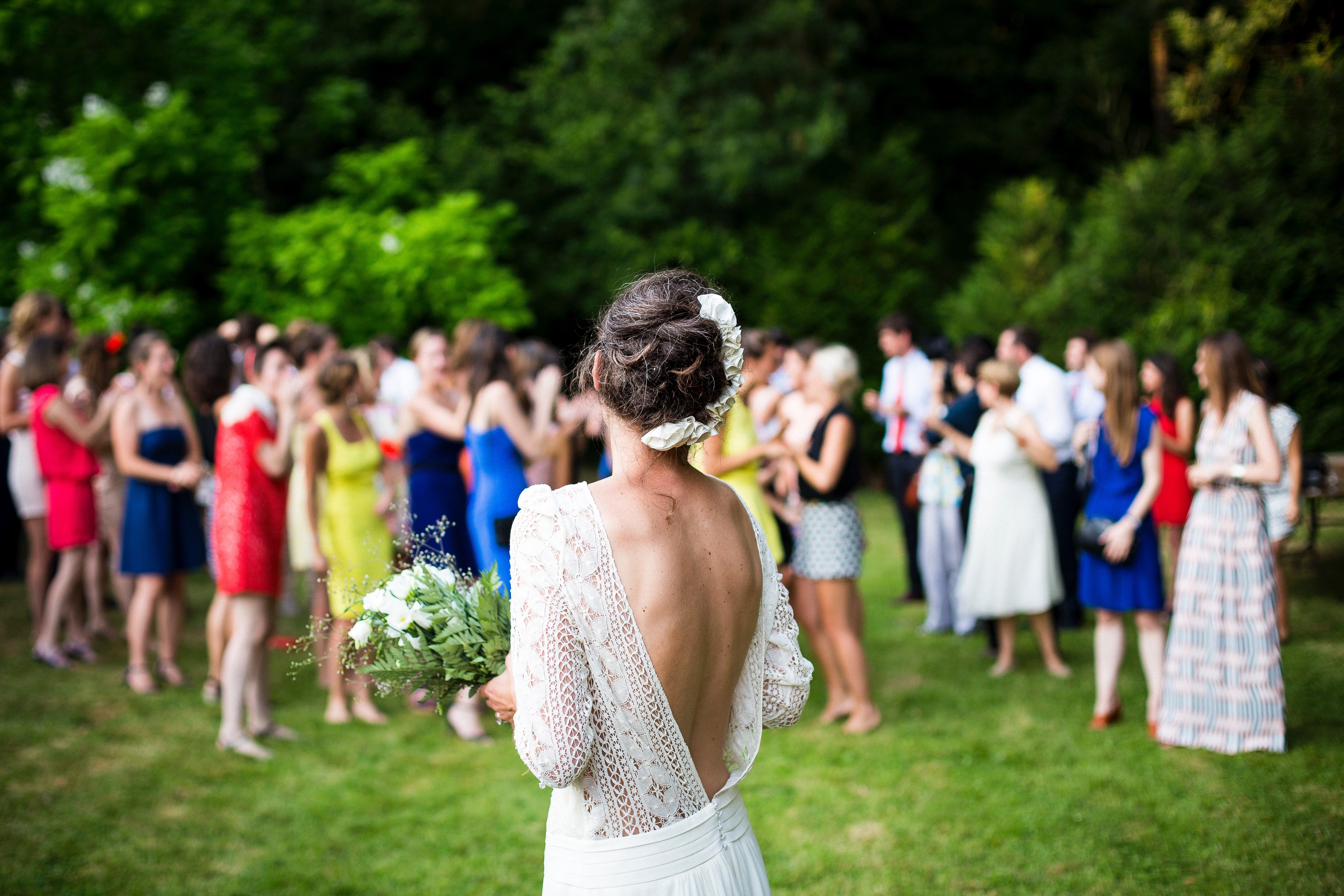 From throwing rice to wearing veils, many bizarre wedding traditions have stood the test of time. We break down the most popular ones and how they came about.

The bride wears a white dress and a veil.

It wasn’t typically custom for brides to wear white wedding dresses until 1840. You can credit this wedding tradition to the ultimate trendsetter, Queen Victoria and while it’s not going out of style, more brides are opting for colorful wedding dresses. We hope that doesn’t stop anytime soon, either.

The veil is often credited to arranged marriages. To avoid the groom backing out of the marriage, family members would ‘shield’ the bride from him until they finally met at the altar. It’s also been traced back to Roman times as a symbolism of the bride’s modesty, but now it’s really just a timeless accessory.

The couple can’t see each other before the ceremony.

If you thought the cause behind this tradition involved ‘bad luck,’ think again. Like the veil, it came about with arranged marriages to ensure the groom wouldn’t run before he met his bride-to-be. Today, more couples are choosing first looks as a new ‘tradition’ instead.

A old superstition from Europe, the bride would have to wear something from these four categories to ward off evil spirits. To learn more about each and how to incorporate them into your bridal style, check out these ideas.

Throwing rice at the newlyweds.

Ancient Romans believed showering rice on the bride and groom bettered their chances of having kids. We’ve seen plenty of new intrepretations like confetti and flower petals.

A wedding tradition stemming from England, the bride was believed to be extra lucky on her big day. To avoid women ripping pieces from her dress to obtain her luck, she’d toss the bouquet to ‘pass on her good luck’ and run from them. While it’s not as aggressive anymore, it’s a fun belief that the single lady who catches it will be the next to get married.

Tying cans to the getaway car.

There are a lot of explanations to this one. Some say it came about in Ancient Egypt using the bride’s shoes instead (minus the car) or in early France. But the practice was popularized in the U.S. in the early 20th century and now includes the groomsmen, who decorate the getaway car.

Saving the wedding cake to eat a year later.

This one might sound a little suspect – who would think a wedding cake could last that long? But as extravagant wedding cakes became popular in the late 1900s, couples saved the top tier for their first child’s christening (which was expected to occur a year after the wedding date). If freezing part of your cake doesn’t sound ideal, consider asking your baker to create a mini replica for your first anniversary.