It’s like kissing frogs – finding your wedding dress, that is. Rumor has it (okay, I heard this from a recently engaged friend) that you’re likely to find your dress by the sixth one you try. Less than a week later, that friend found her dress on the fourth attempt. 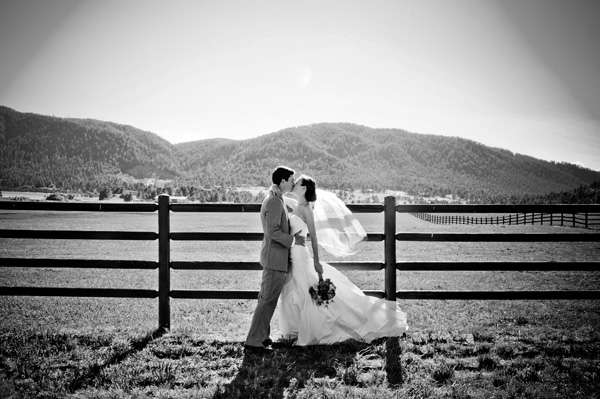 It’s like kissing frogs – finding your wedding dress, that is.

Rumor has it (okay, I heard this from a recently engaged friend) that you’re likely to find your dress by the sixth one you try. Less than a week later, that friend found her dress on the fourth attempt.

My experience was slightly different.

I don’t tend to think of myself as incredibly picky or high maintenance (although that could very well put me in the third category of women, according to Billy Crystal’s When Harry Met Sally logic: the high maintenance one who thinks she is low maintenance), but I will admit that I tried on more than a few wedding dresses. Thinking back…probably at least 12. Maybe 13. Okay, maybe a few more than that. Yes, I actually lost track. I also tried on those dresses at three different stores over the course of several weeks.

And, somewhere in the middle of it all, definitely lost all hope.

I was tired of white dresses. I was tired of thinking about undergarments and fabrics and shapes. I didn’t even want to talk about veils and I certainly wasn’t on track to get anything fitted in time.

At this point I don’t really even like to think about those first two bridal boutique visits. The memories aren’t exceptionally fond.

In the end, my maid of honor found my dress. I’d just about decided to settle for a gown that seemed to fit me and opted to stop by one last shop because I’d already scheduled an appointment. And, oh my, thank goodness I did. Because two dresses later I was wearing something that I never wanted to take off. I wanted to sleep, eat and do the laundry in that dress – not because it was intended for any of those purposes, but because I’d never felt so pretty in my entire life. My frog kissing days were over and I’d found the one.

Thinking about it makes me want to go dig my dress out of its box right now just to make sure it still fits. Or something.

So, now it is your turn. What rumors have you heard? How many dresses do you think you’ll be trying before you find the one that’ll take you down the aisle? Or have you already found your dress? Do tell!