The Power of Cupcakes

It is entirely possible that I am more excited about having cupcakes at my wedding than I am about any other detail in the planning process thus far. (ahem. Aside from the fact that I am officially about 40 days away from marrying my best friend. 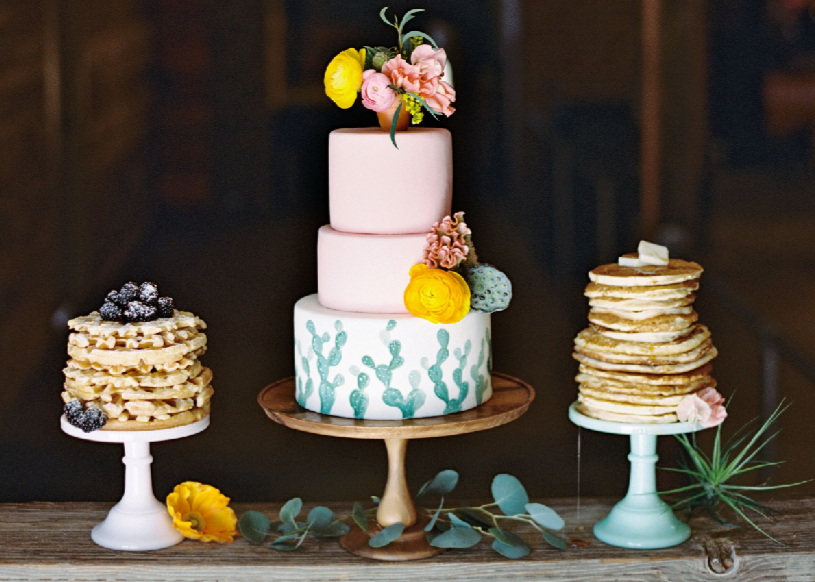 It is entirely possible that I am more excited about having cupcakes at my wedding than I am about any other detail in the planning process thus far. (ahem. Aside from the fact that I am officially about 40 days away from marrying my best friend. Of course.)

Really though, I’m absolutely hooked on these things. And blindsided by being hooked – but hooked nonetheless. Like hook, line and sinker hooked. I really hope I’m getting this point across, because in case you can’t tell, I’m absolutely obsessed with cupcakes right now.

See, I’ve always been a pie girl myself. I mean, I would never, ever even possibly consider turning down a slice of cake, but if given the option I would also be the kid eating mom’s apple pie (so good) three times a day. Every day. No joke. I also happened to be living in southern California about four years ago when cupcakes first appeared on the scene and (shh, don’t tell my bridesmaids – I’d rather not have this post lead them to not only cutting themselves out of the wedding, but disowning me completely) distinctly recall the rather stingy voice in my head muttering about paying four dollars for a bite-sized bit of sugar and flour that I could make myself (with a little bit of help from Betty Crocker, that is).

But I’m here today to say that I take it back. All of it. Because ever since Shayne and I returned from our cupcake tasting (raspberry filling! carrot cake! mocha-filled chocolate fudge!) they’re all I can think about. Instead of daydreaming about juicy steaks when I start to get hungry, I ponder curls of buttercream frosting. I concoct new flavors in my mind. In fact, the photo above is the midway point in my chocolate cupcake with peanut butter frosting and a home-made peanut butter cup baked into the middle experiment. There is no way I will fit into my wedding dress if I keep this up.

I even called a family meeting to decide the flavors of cupcakes we would have at the wedding – and by this I mean that my parents had Shayne and my brother and me over for dinner and I commandeered the conversation about five minutes in, in an effort to just be able to talk about my new favorite thing.

It’s a bit odd – I’m generally an anti-trend person to some degree. And I even chose cupcakes because I’m a total freak about food allergies (when you develop allergies to almonds, dairy and possibly gluten all in the same year, strange things happen in your brain) and I wanted the other people at our wedding who I knew had similar allergies to get to eat cake too, a process made so much simpler when you chose something already primed for varying options (different flavors, different ingredients, something for almost everyone and anything left over for me).

But it is official. I am on the cupcake bandwagon, for no greater reason than that they are wonderful in their own right. And here I’ll stay – at least until I get better at making individual-sized versions of my mom’s apple pie.